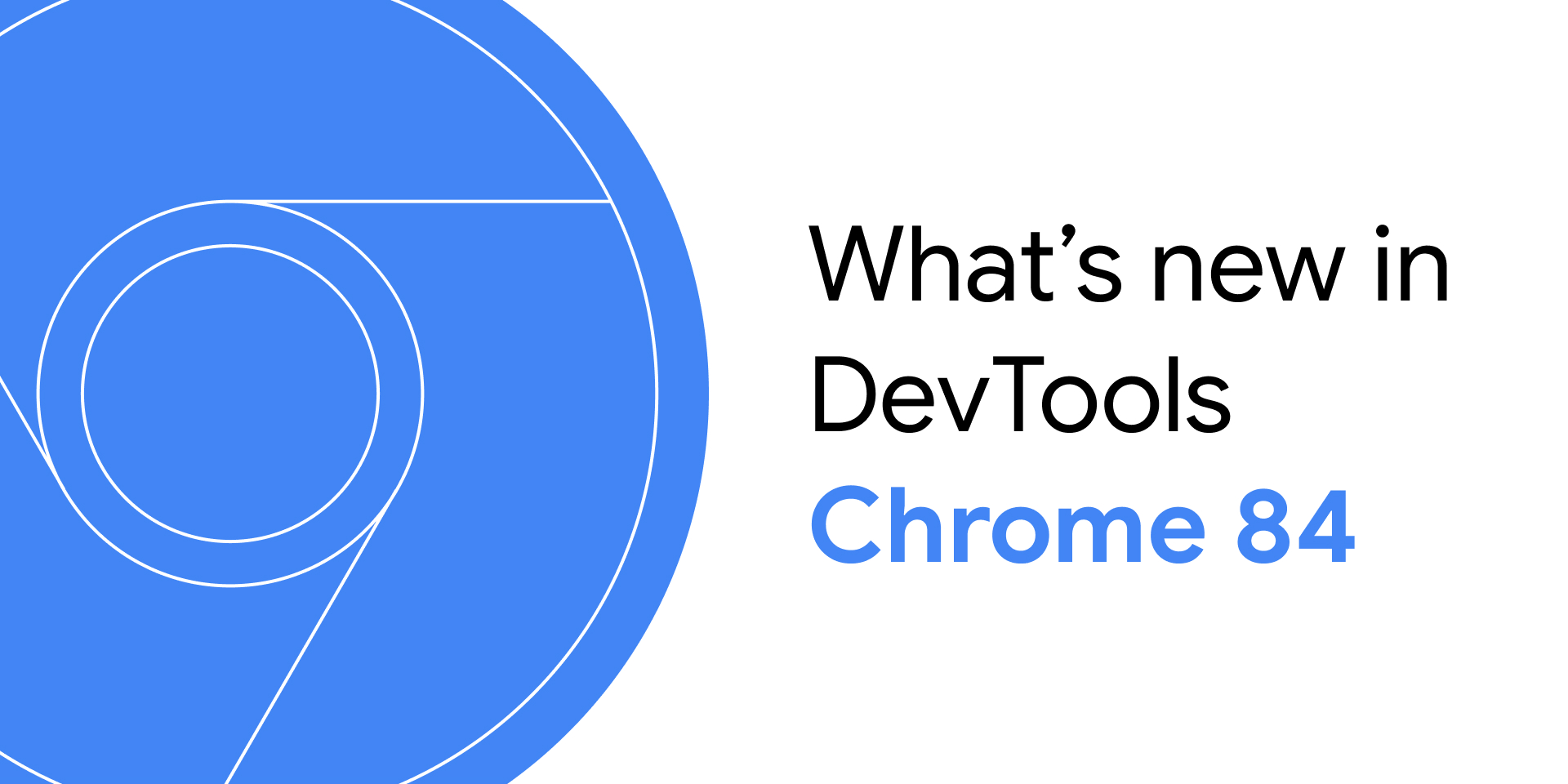 The new Issues tab in the Drawer aims to help reduce the notification fatigue and clutter of the Console. Currently, the Console is the central place for website developers, libraries, frameworks, and Chrome itself to log messages, warnings, and errors. The Issues tab presents warnings from the browser in a structured, aggregated, and actionable way, links to affected resources within DevTools, and provides guidance on how to fix the issues. Over time, more and more of Chrome's warnings will be surfaced in the Issues tab rather than the Console, which should help reduce the Console's clutter.

Check out Find And Fix Problems With The Chrome DevTools Issues Tab to get started. 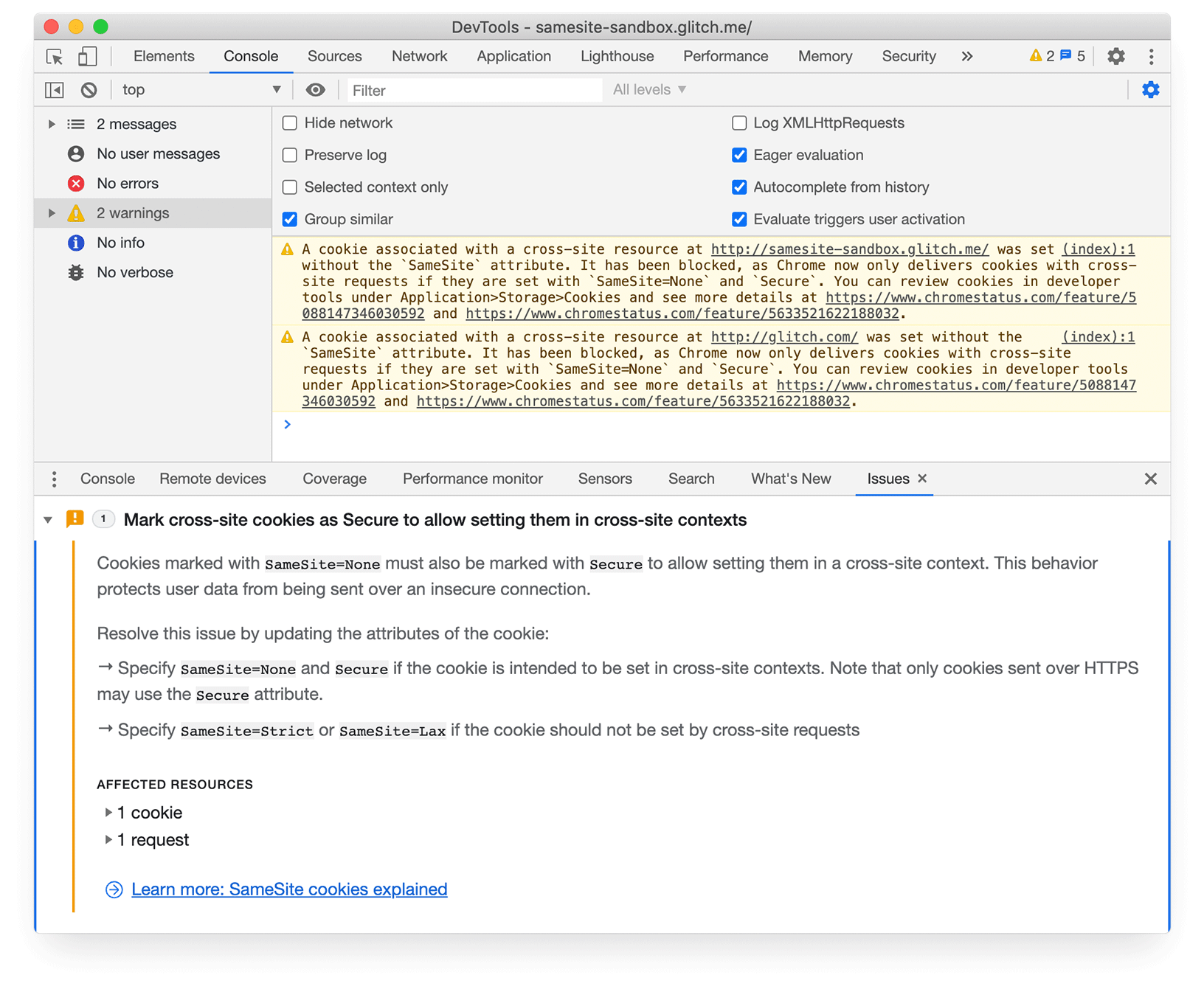 The Inspect Mode tooltip now indicates whether the element has an accessible name and role and is keyboard-focusable. 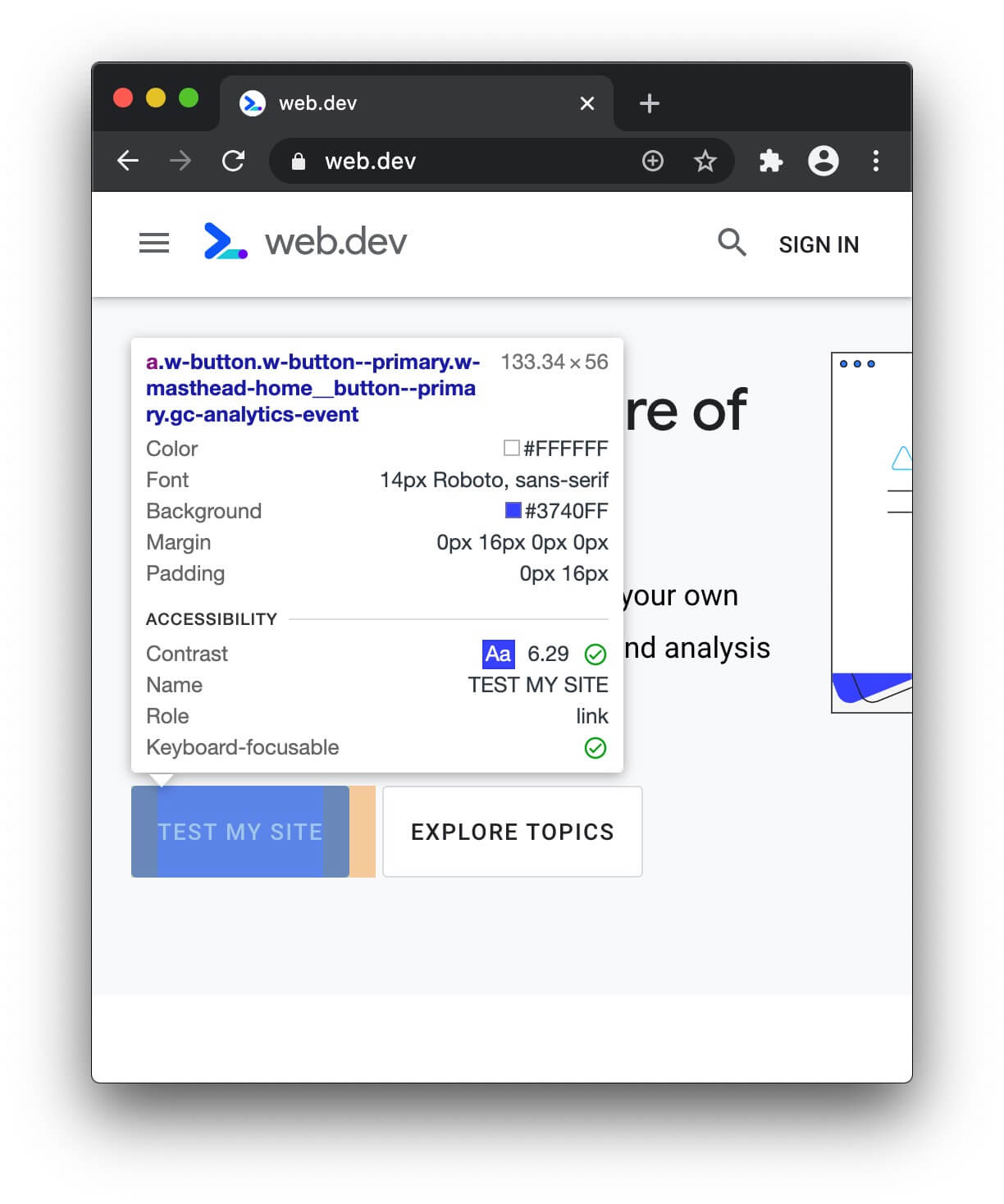 After recording your load performance, the Performance panel now shows Total Blocking Time (TBT) information in the footer. TBT is a load performance metric that helps quantify how long it takes a page to become usable. It essentially measures how long a page appears to be usable (because its content has been rendered to the screen) but isn't actually usable because JavaScript is blocking the main thread and therefore the page can't respond to user input. TBT is the main lab metric for approximating First Input Delay, which is one of Google's new Core Web Vitals.

To get Total Blocking Time information, do not use the Reload Page

, manually reload the page, wait for the page to load, and then stop recording. If you see Total Blocking Time: Unavailable it means that DevTools did not get the information it needs from Chrome's internal profiling data. 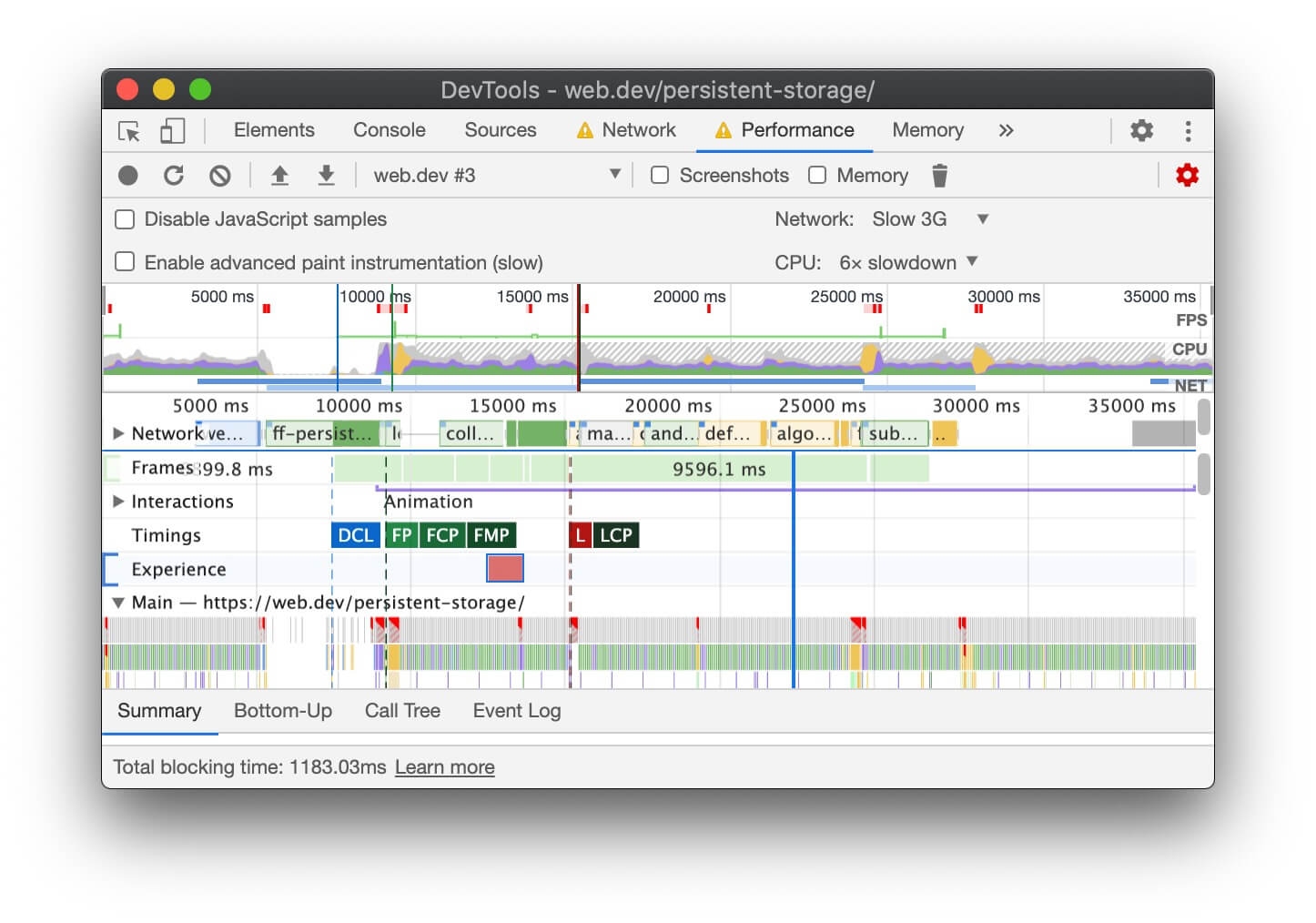 The new Experience section of the Performance panel can help you detect layout shifts. Cumulative Layout Shift (CLS) is a metric that can help you quantify unwanted visual instability and is one of Google's new Core Web Vitals. 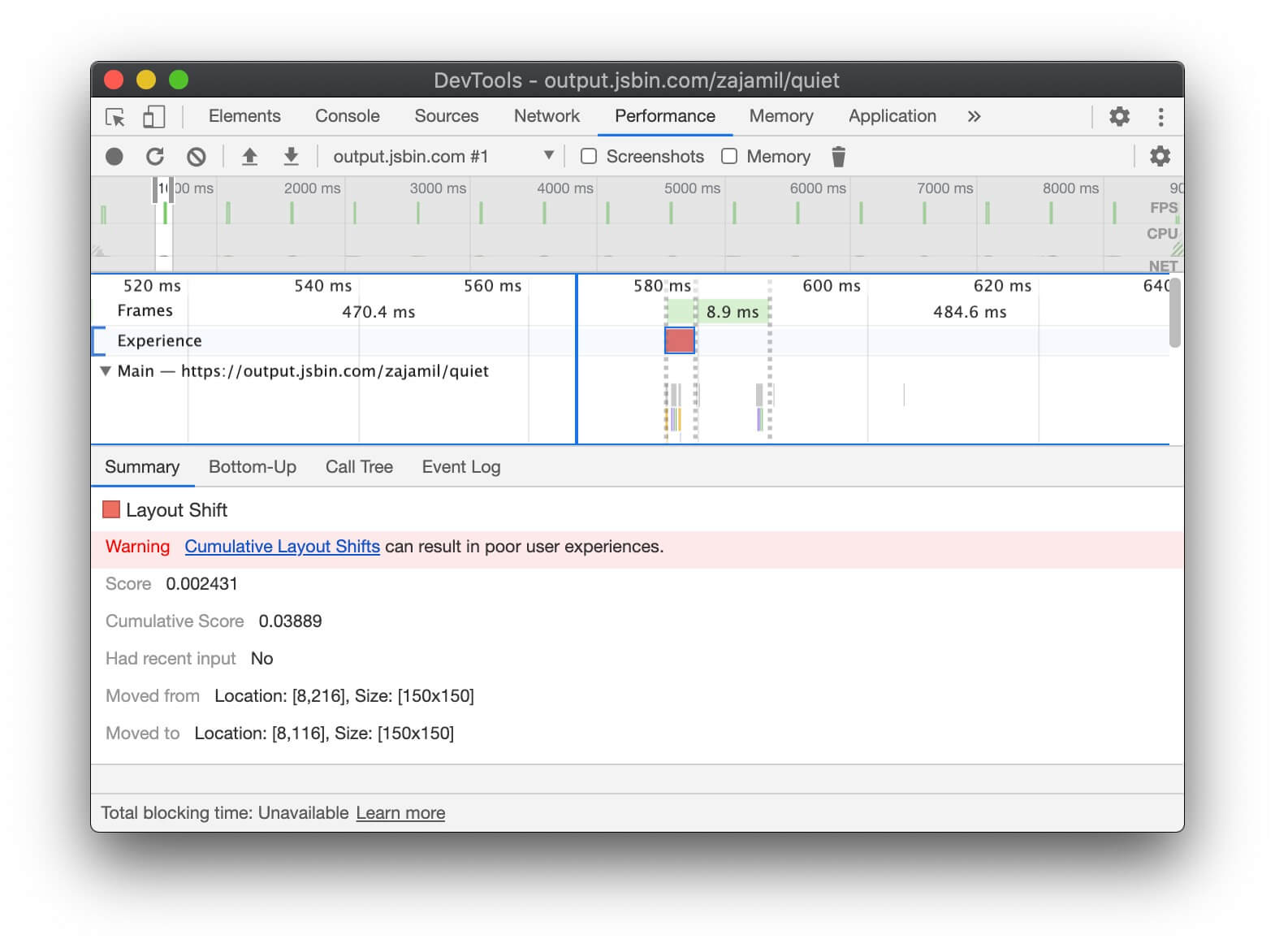 When logging a Promise the Console used to incorrectly describe the state of the Promise as resolved: 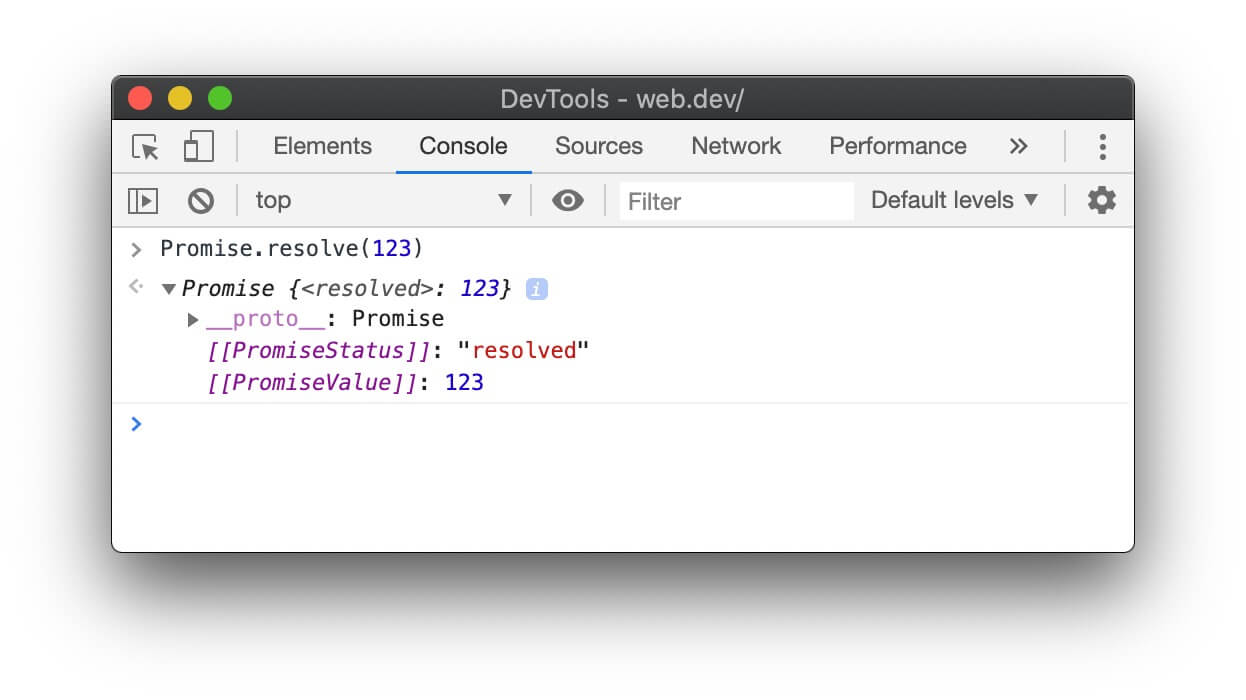 The Console now uses the term fulfilled, which aligns with the Promise spec:

# Support for the revert keyword

The Styles pane's autocomplete UI now detects the revert CSS keyword, which reverts the cascaded value of a property to what the value would have been if no changes had been made to the element's styling. 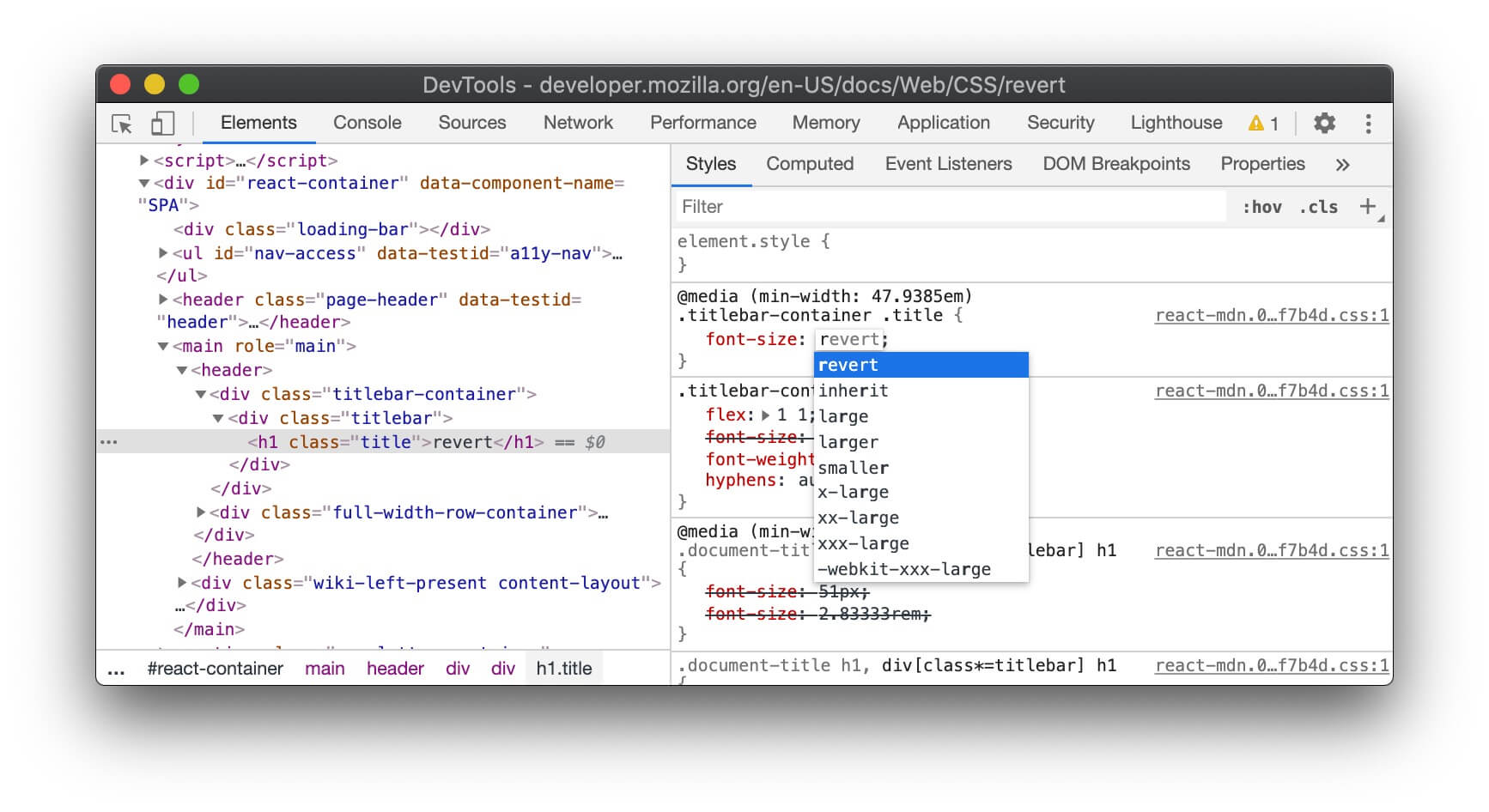 Hover over a background-image value in the Styles pane to see a preview of the image in a tooltip. 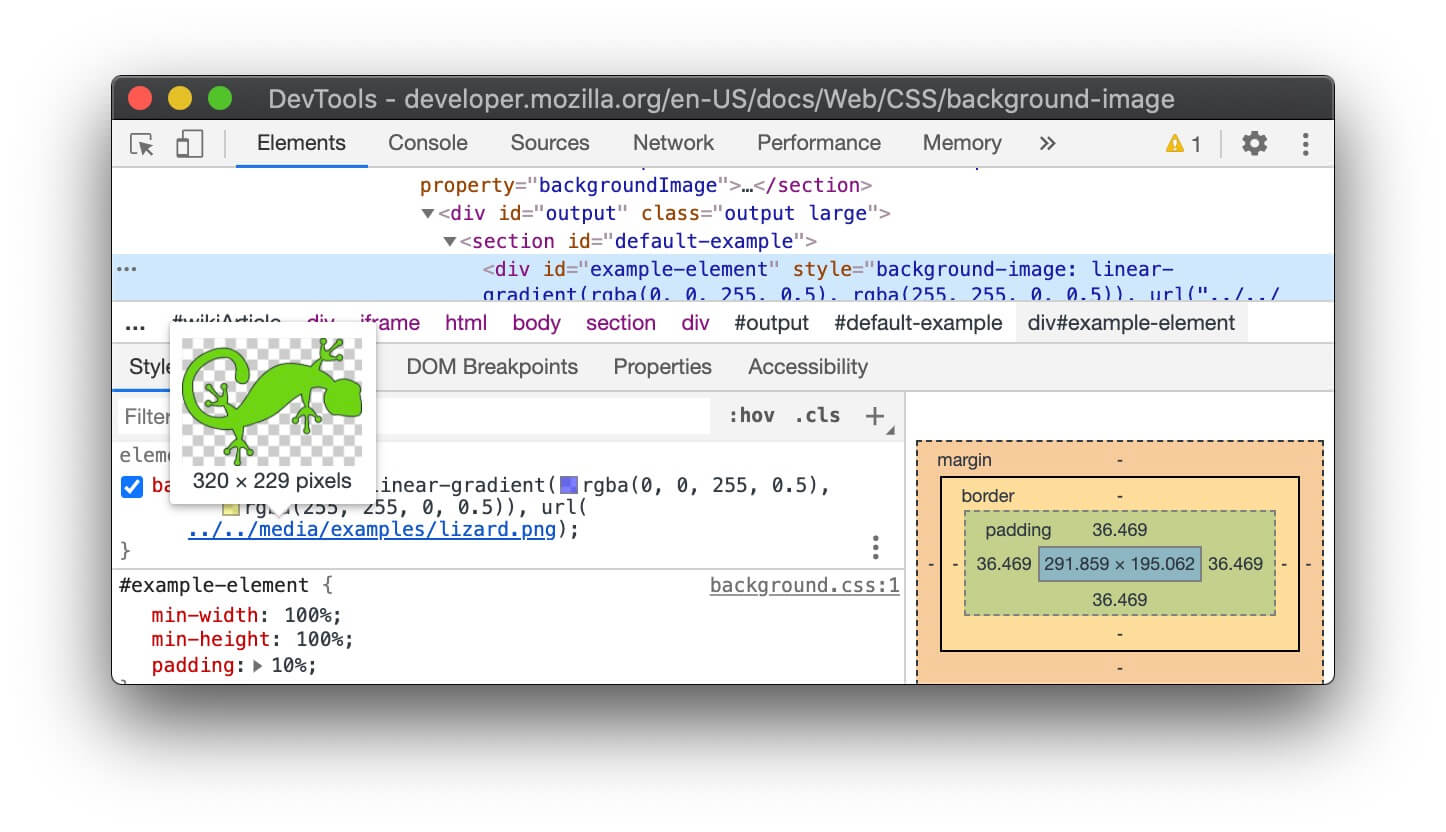 When you choose colors with the Color Picker or alternate between color representations in the Styles pane by holding Shift and then clicking the color value, you'll now see the space-separated argument syntax. 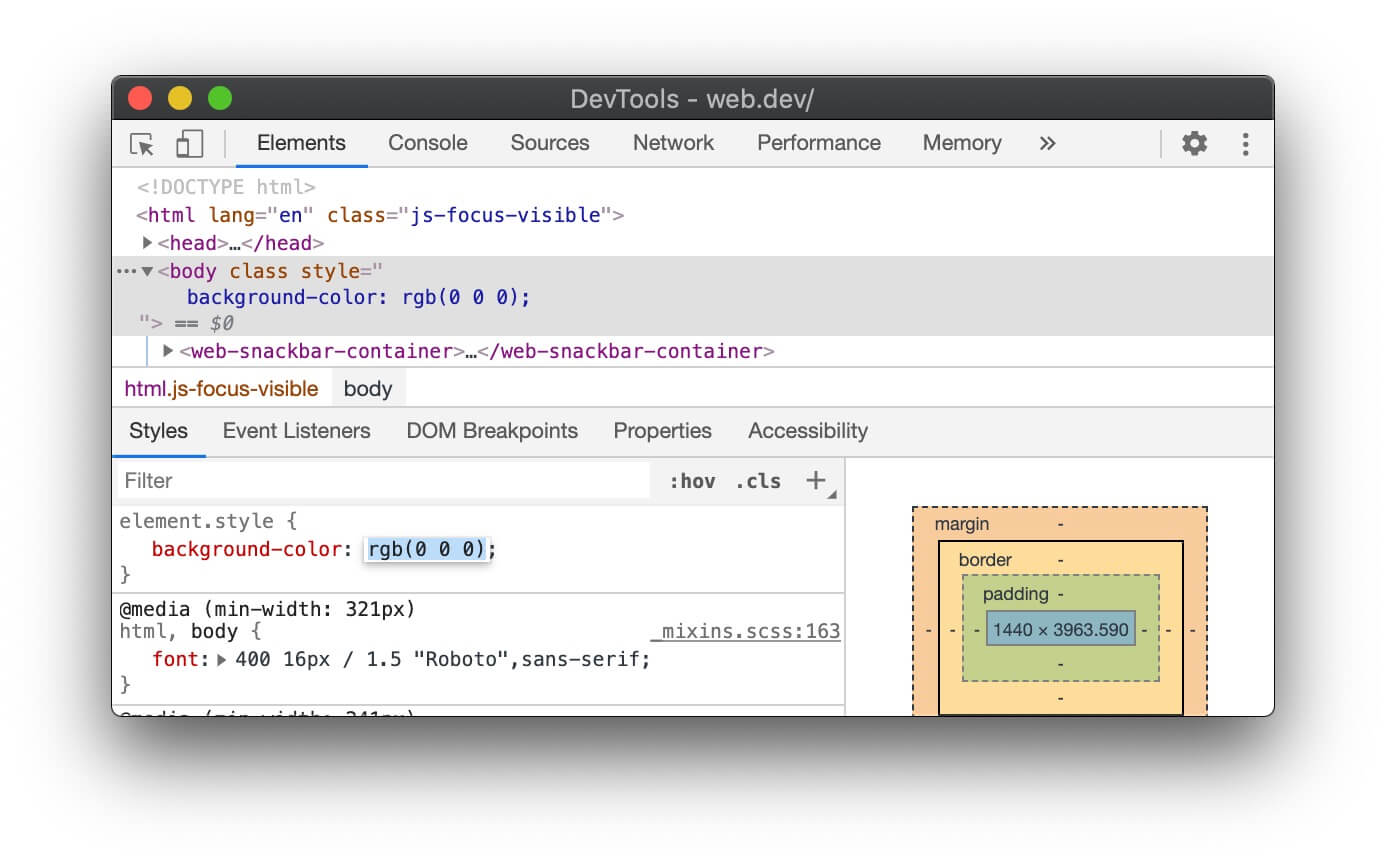 You'll also see the syntax in the Computed pane and the Inspect Mode tooltip.

DevTools is using the new syntax because upcoming CSS features like color() do not support the deprecated comma-separated argument syntax.

The space-separated argument syntax has been supported in most browsers for a while. See Can I use Space-separated functional color notations?

# Deprecation of the Properties pane in the Elements panel

The Properties pane in the Elements panel has been deprecated. Run console.dir($0) in the Console instead. 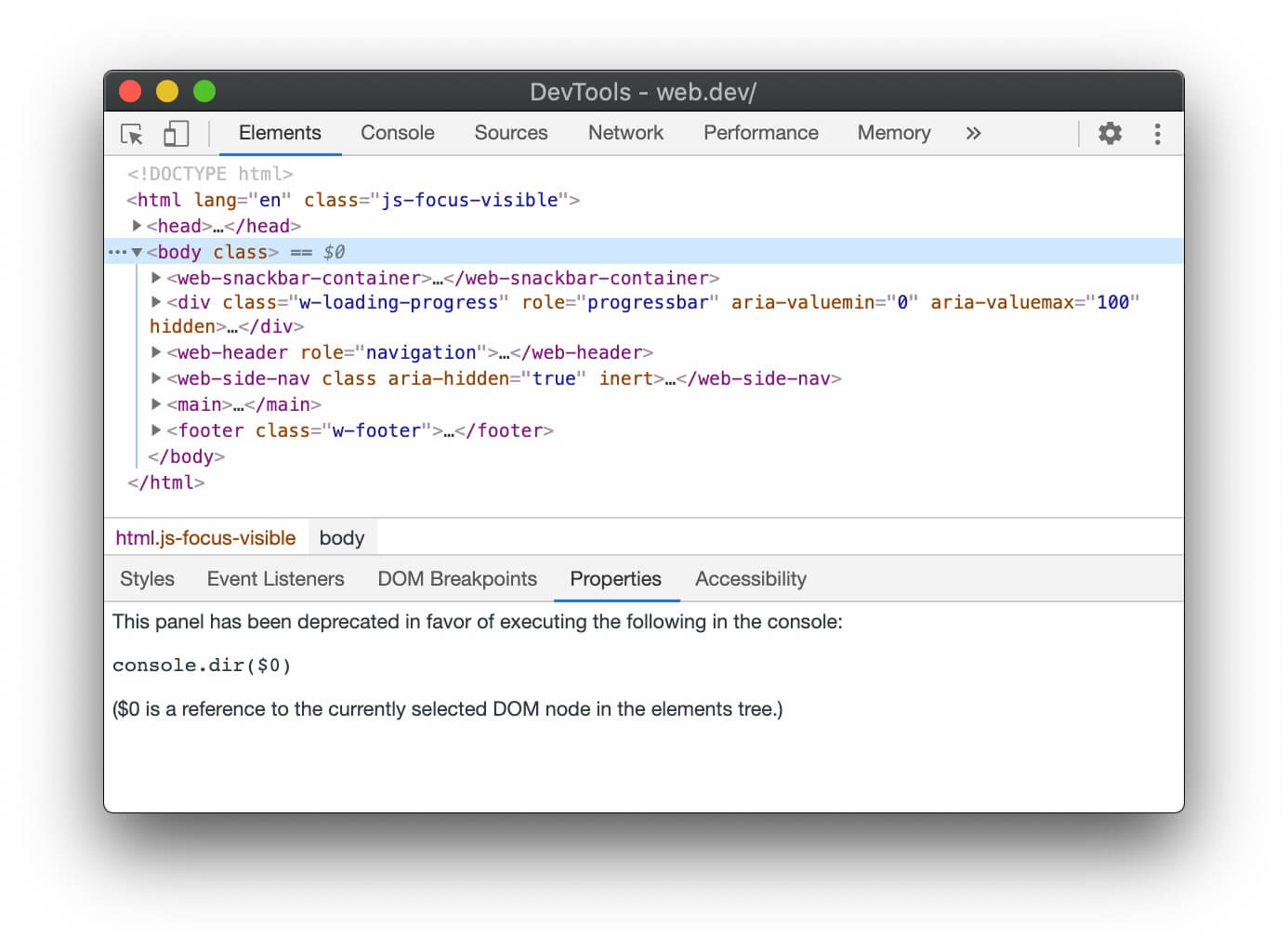 App shortcuts help users quickly start common or recommended tasks within a web app. The app shortcuts menu is shown only for Progressive Web Apps that are installed on the user's desktop or mobile device.

Check out Get things done quickly with app shortcuts to learn more. 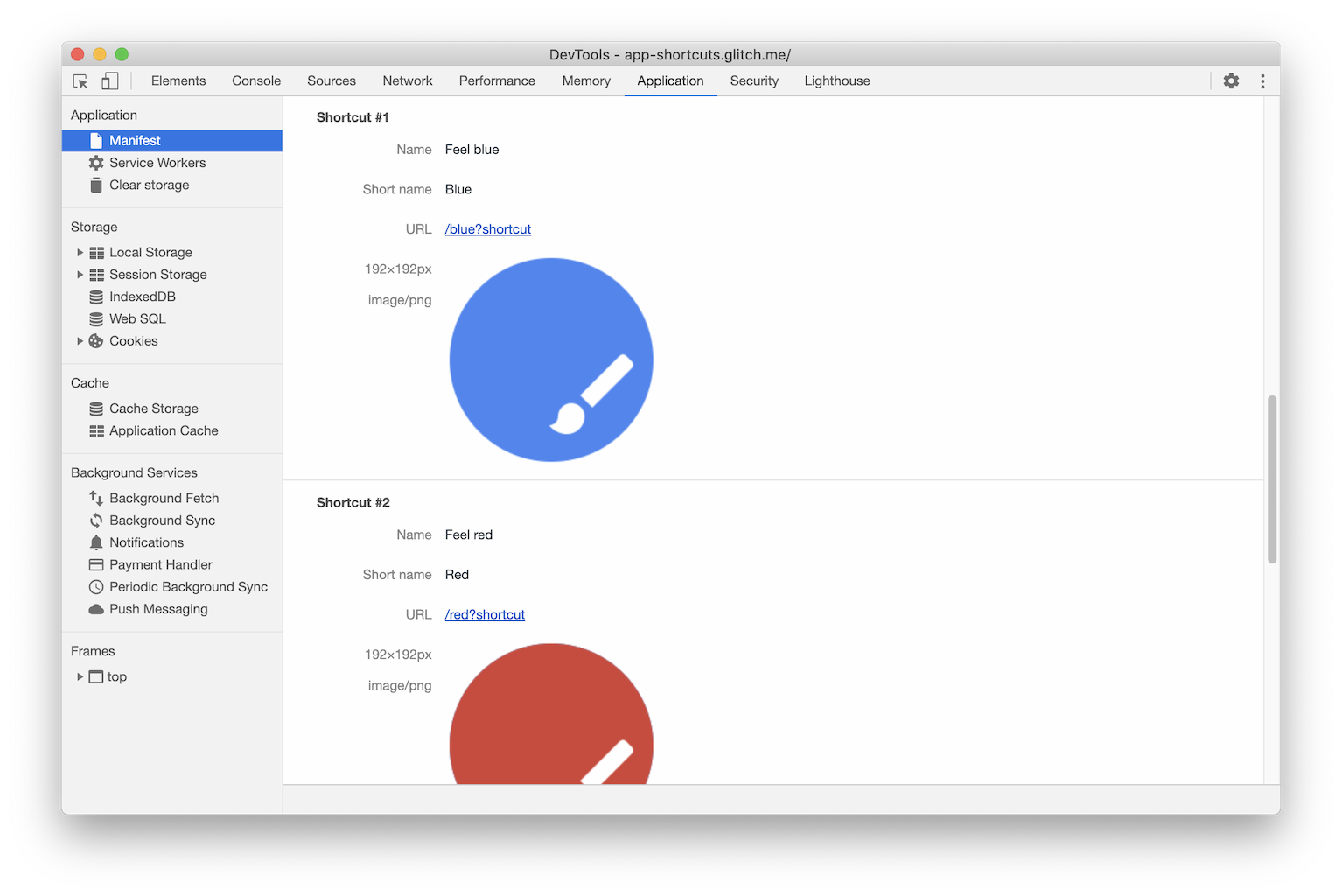