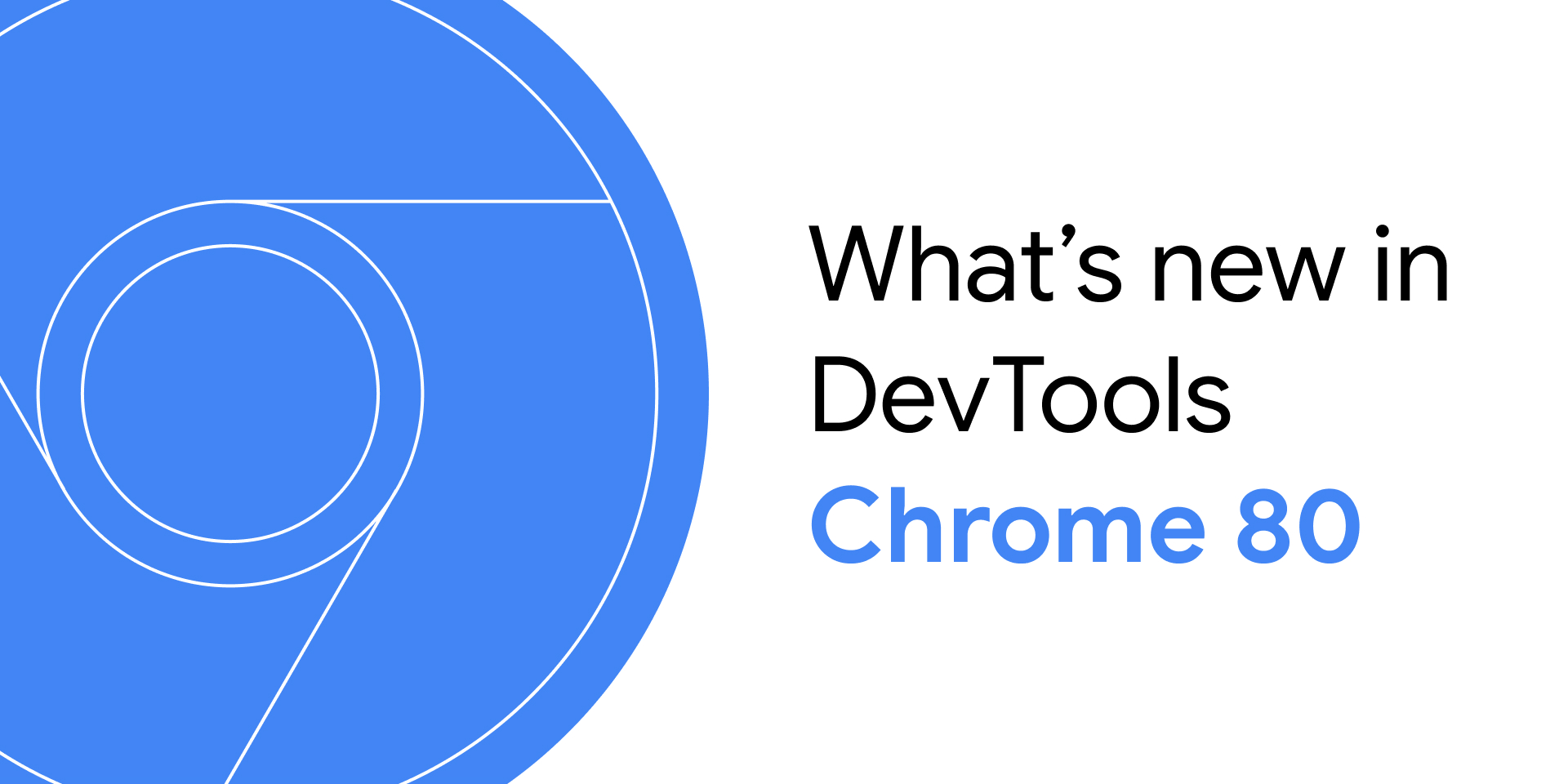 # Support for let and class redeclarations in the Console

The Console now supports redeclarations of let and class statements. The inability to redeclare was a common annoyance for web developers who use the Console to experiment with new JavaScript code.

Redeclaring a let or class statement in a script outside of the Console or within a single Console input will still cause a SyntaxError.

For example, previously, when redeclaring a local variable with let, the Console would throw an error: 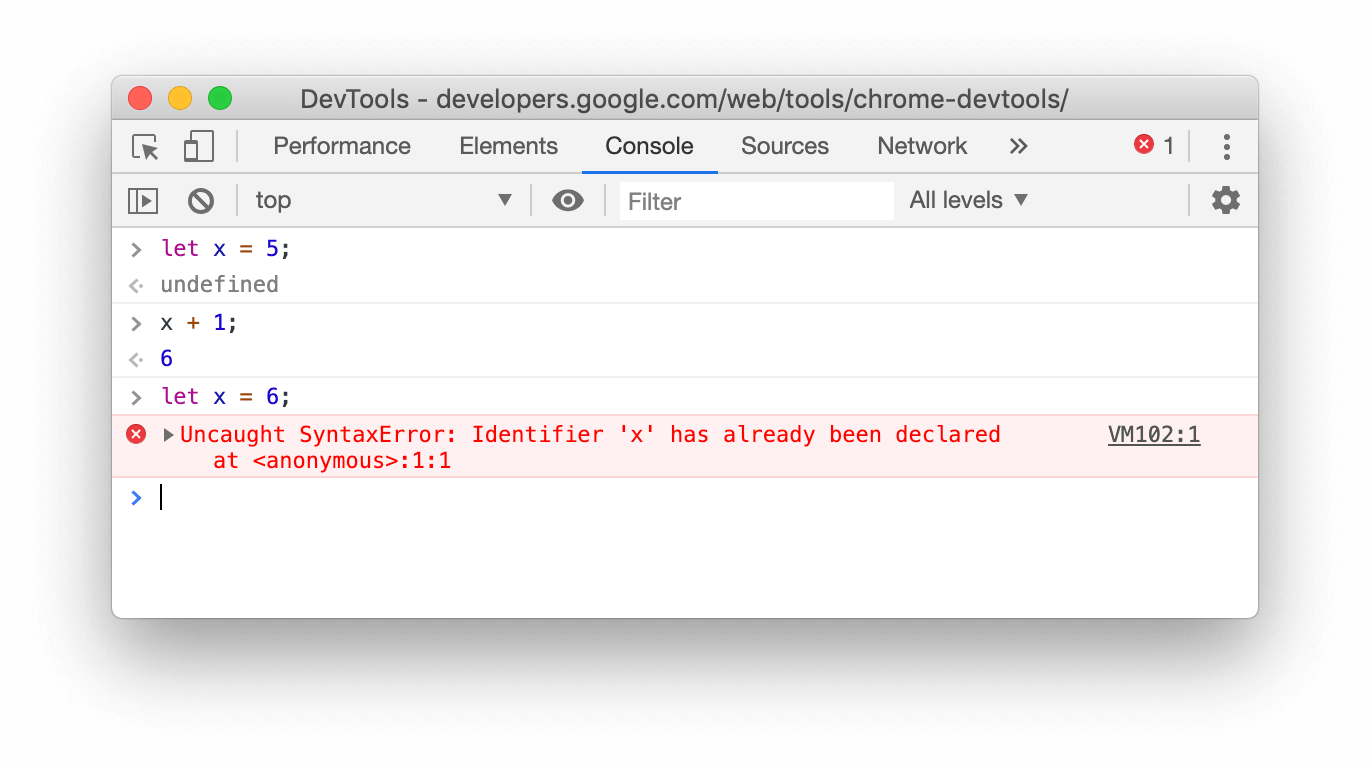 Now, the Console allows the redeclaration: 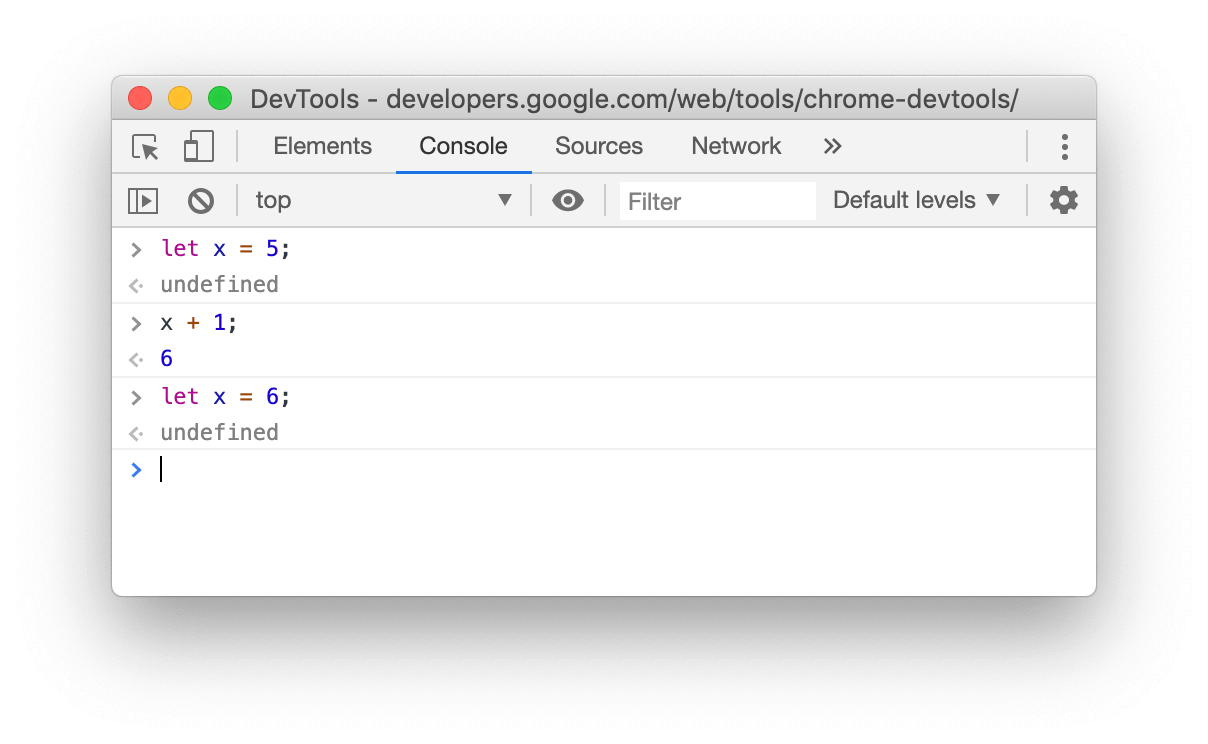 DevTools has started to support the DWARF Debugging Standard, which means increased support for stepping over code, setting breakpoints, and resolving stack traces in your source languages within DevTools. Check out Improved WebAssembly debugging in Chrome DevTools for the full story. 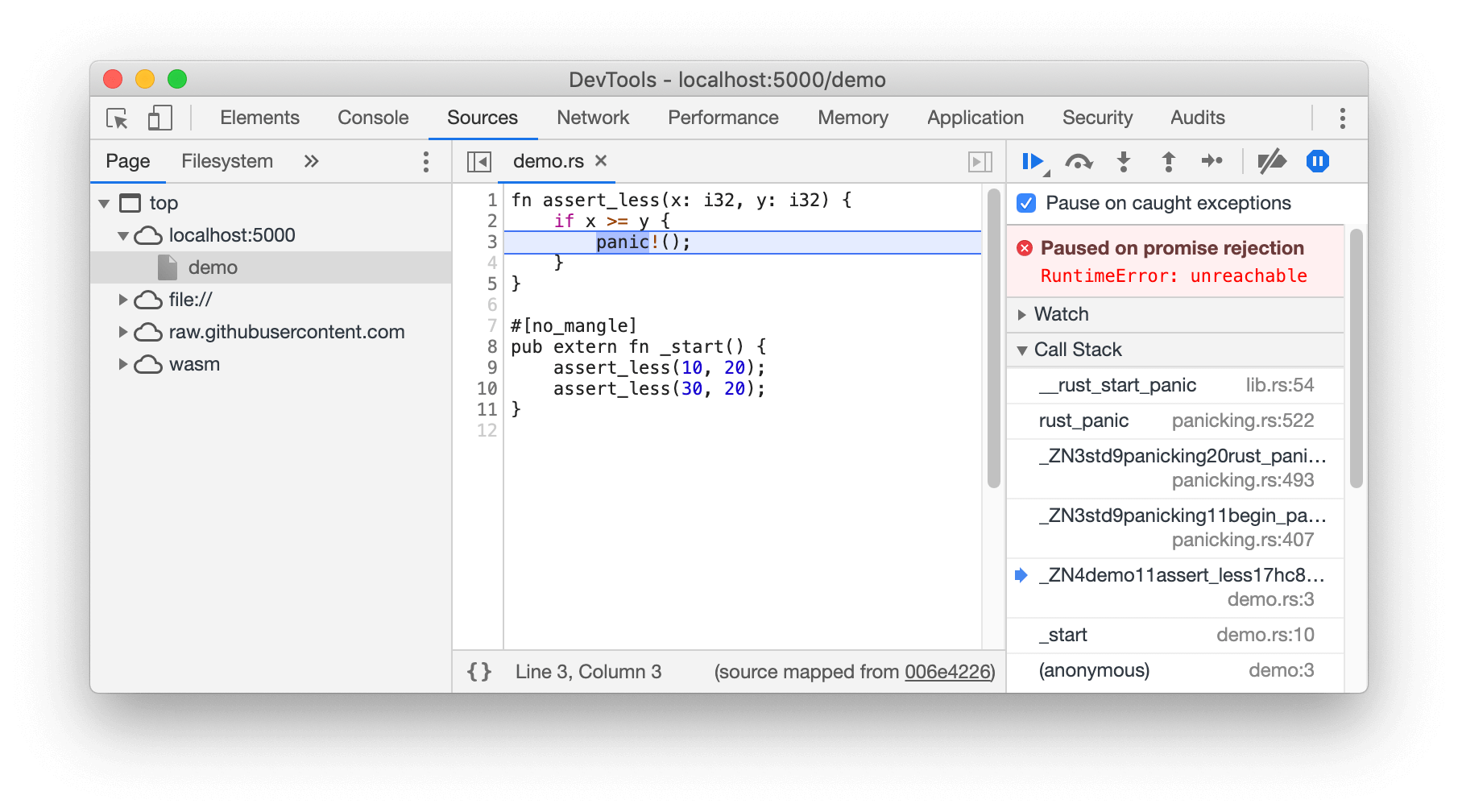 You can now view the initiators and dependencies of a network request as a nested list. This can help you understand why a resource was requested, or what network activity a certain resource (such as a script) caused. 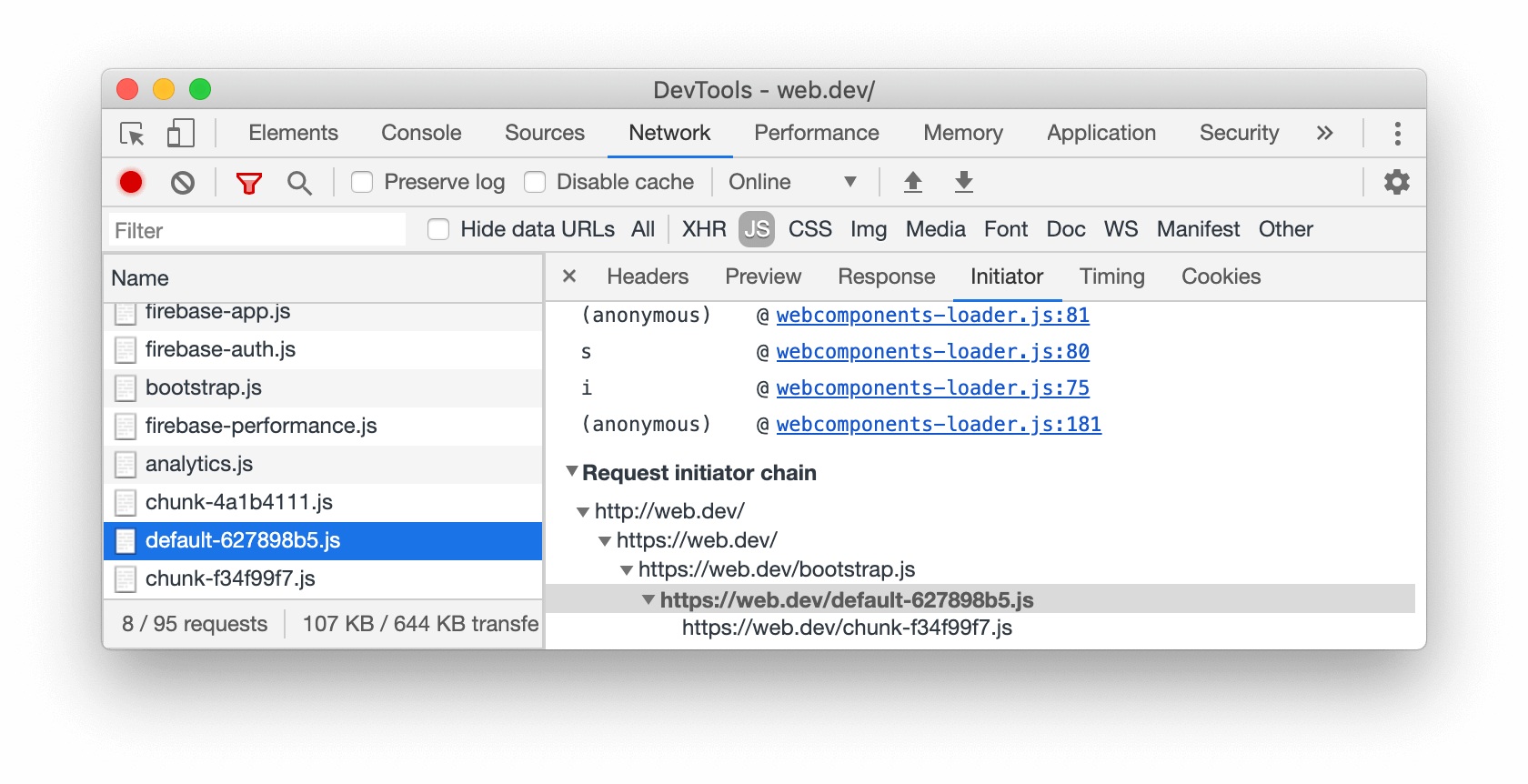 After logging network activity in the Network panel, click a resource and then go to the Initiator tab to view its Request Initiator Chain:

Initiator and dependency information can also be accessed by holding Shift and then hovering over network resources. See View initiators and dependencies.

# Highlight the selected network request in the Overview

After you click a network resource in order to inspect it, the Network panel now puts a blue border around that resource in the Overview. This can help you detect if the network request is happening earlier or later than expected. 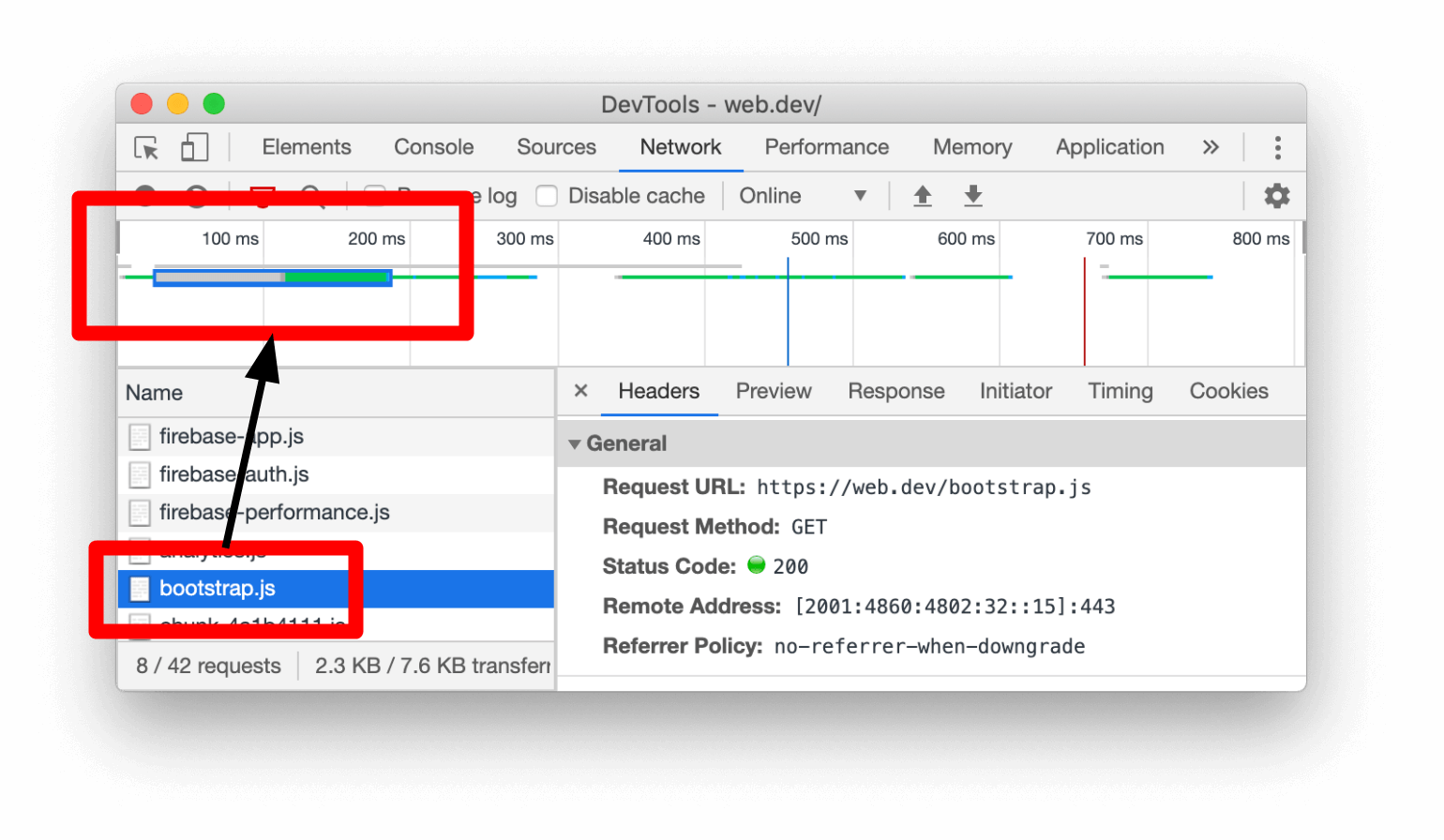 # URL and path columns in the Network panel

Use the new Path and URL columns in the Network panel to see the absolute path or full URL of each network resource.

Right-click the Waterfall table header and select Path or URL to show the new columns.

The predefined User-Agent strings have been updated to reflect modern browser versions. 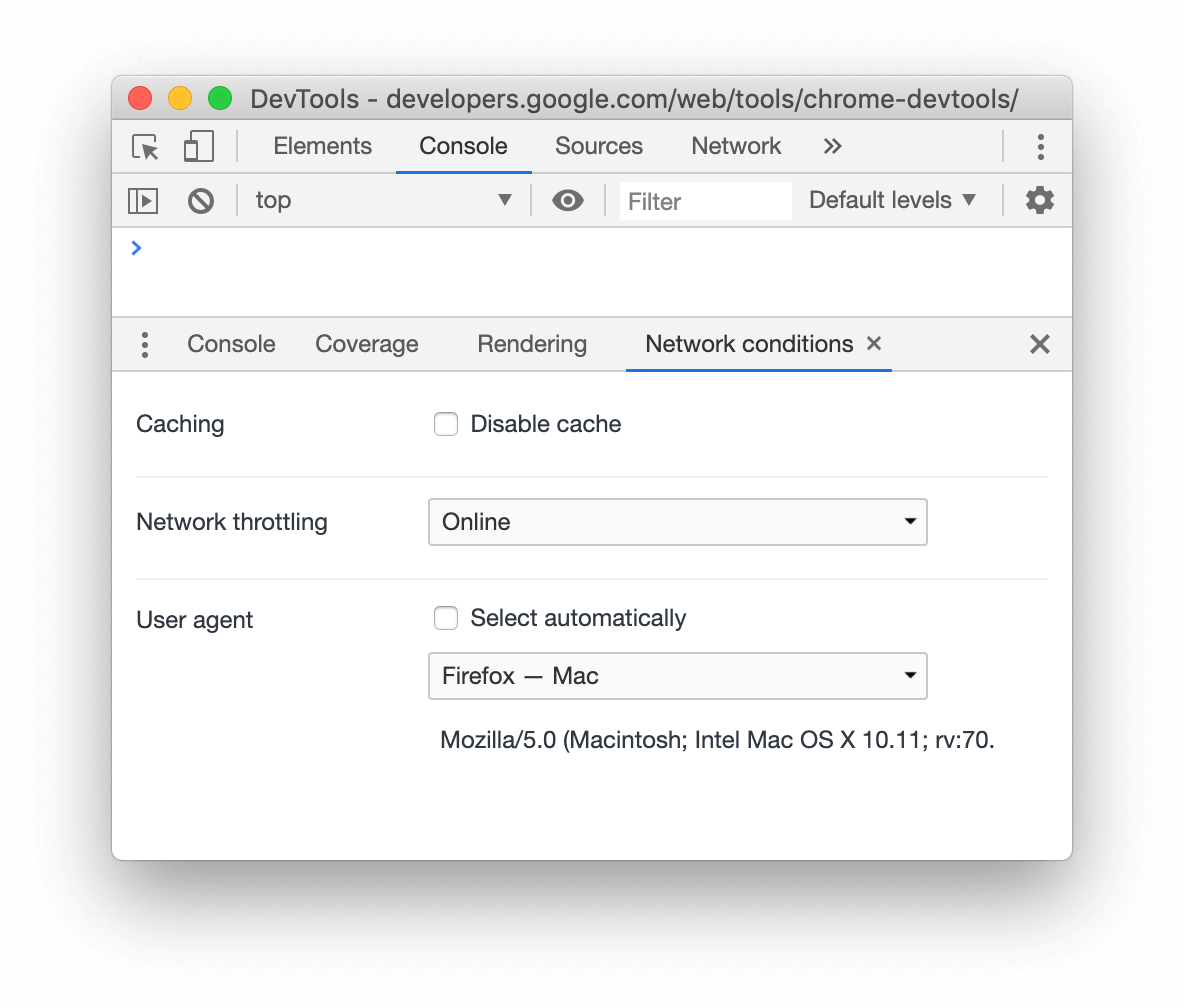 You can also set User-Agent strings in Device Mode. 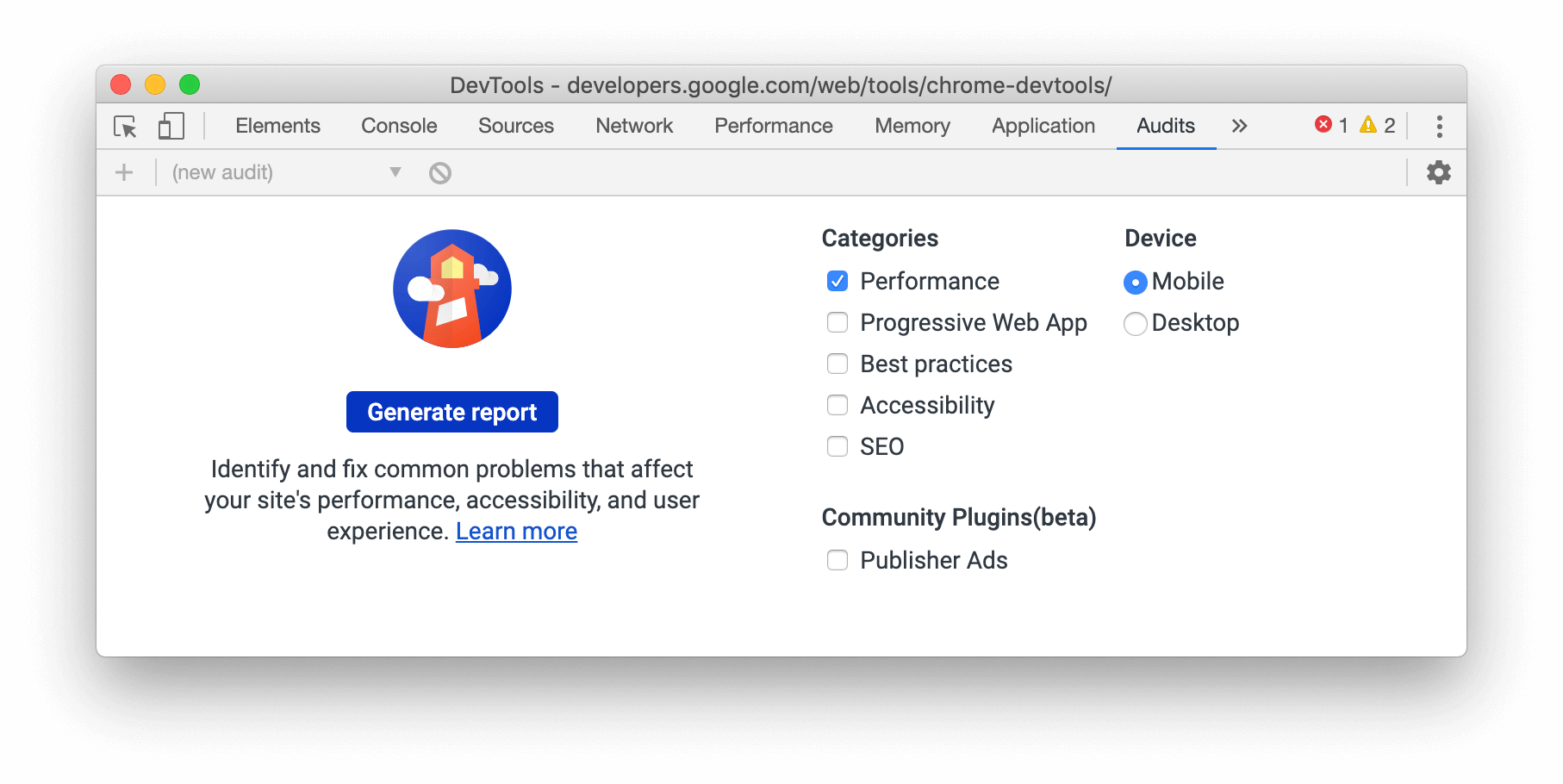 The Coverage tab has a new dropdown menu that lets you specify whether code coverage data should be collected per function or per block. Per block coverage is more detailed but also far more expensive to collect. DevTools uses per function coverage by default now. 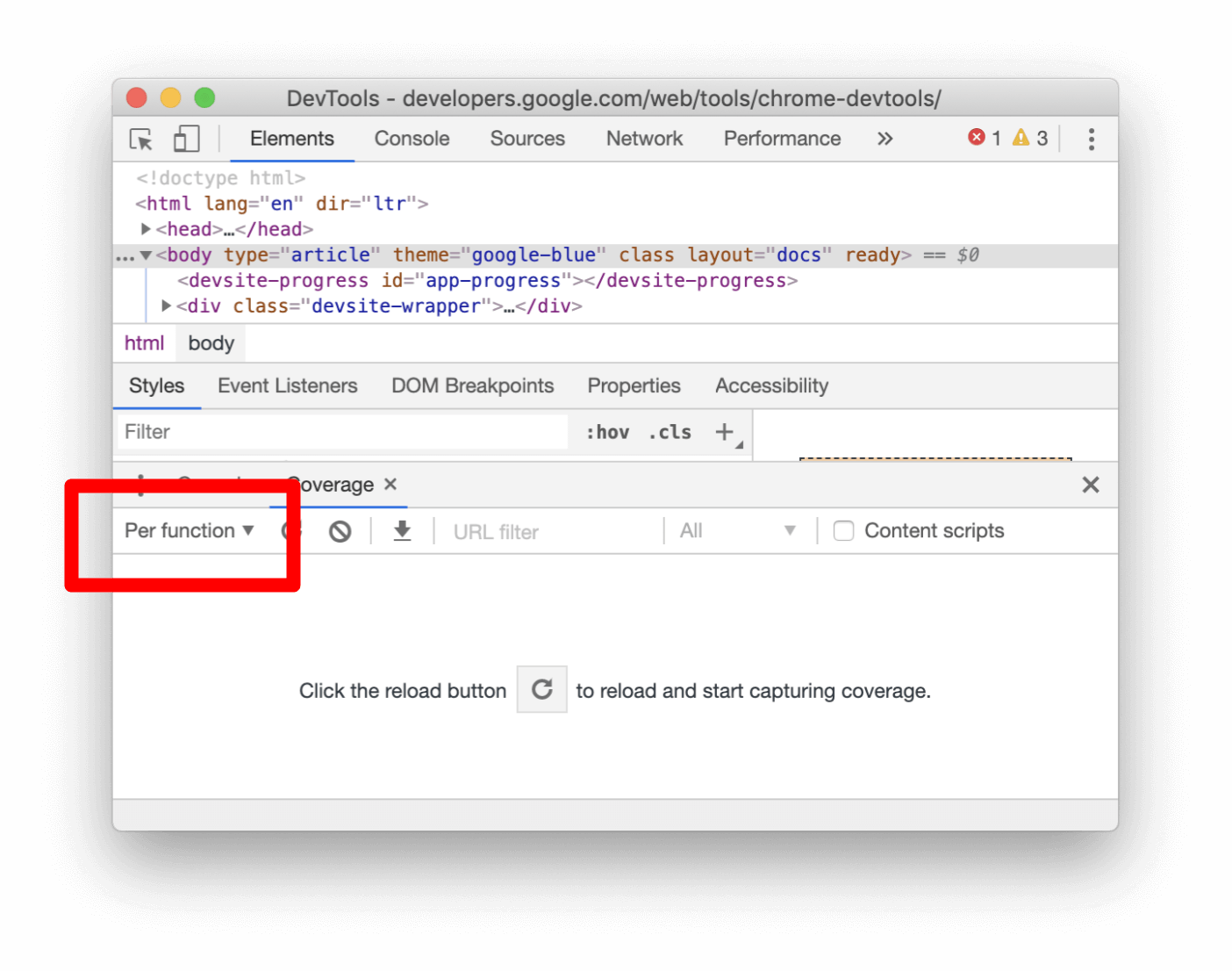 # Coverage must now be initiated by a page reload

Toggling code coverage without a page reload has been removed because the coverage data was unreliable. For example, a function can be reported as unused if its execution was a long time ago and V8's garbage collector has cleaned it up.