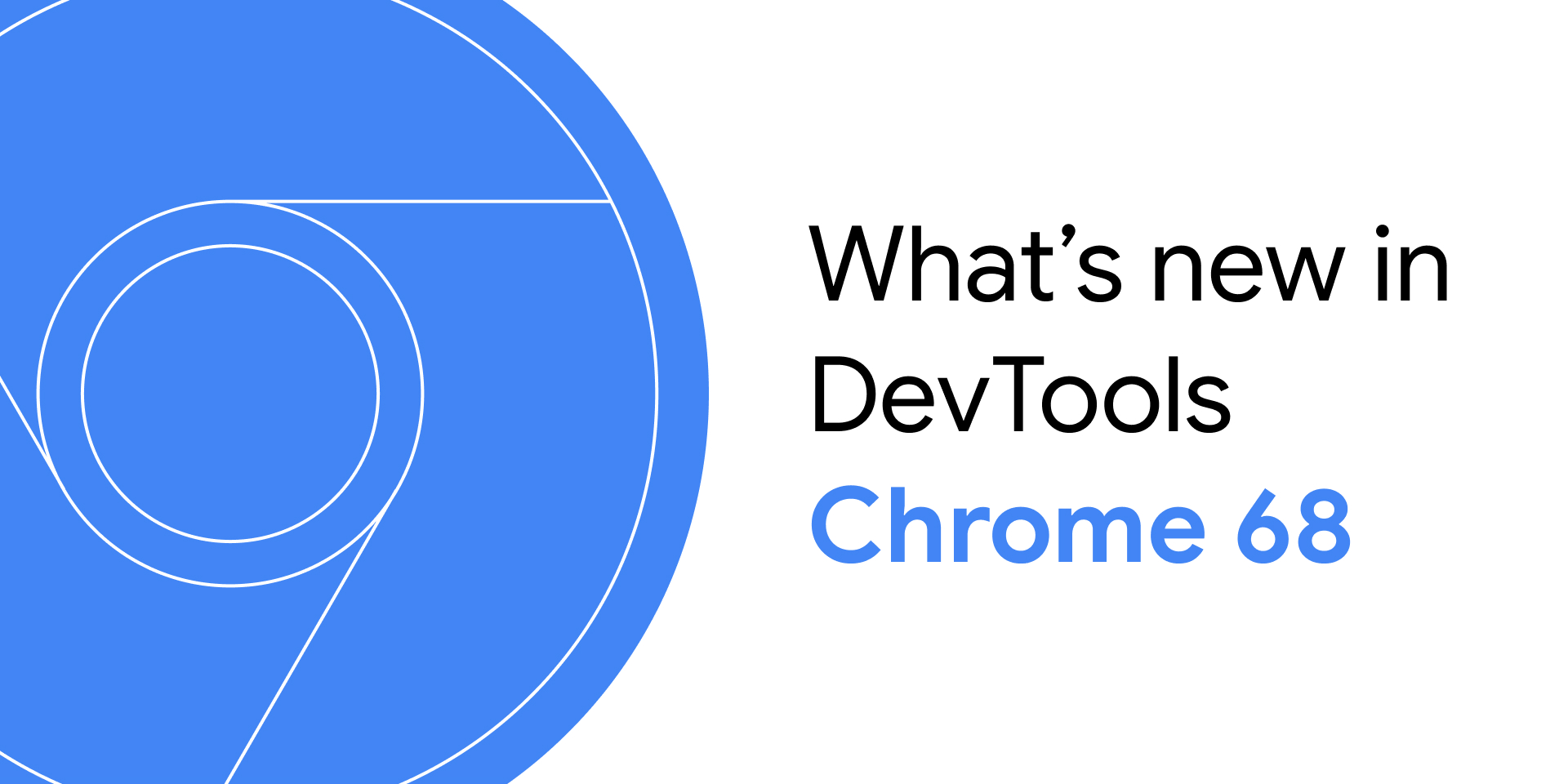 New to DevTools in Chrome 68:

Read on, or watch the video version of the release notes, below.

Chrome 68 ships with a few new Console features related to autocompletion and previewing.

When you type an expression in the Console, the Console can now show a preview of the result of that expression below your cursor. 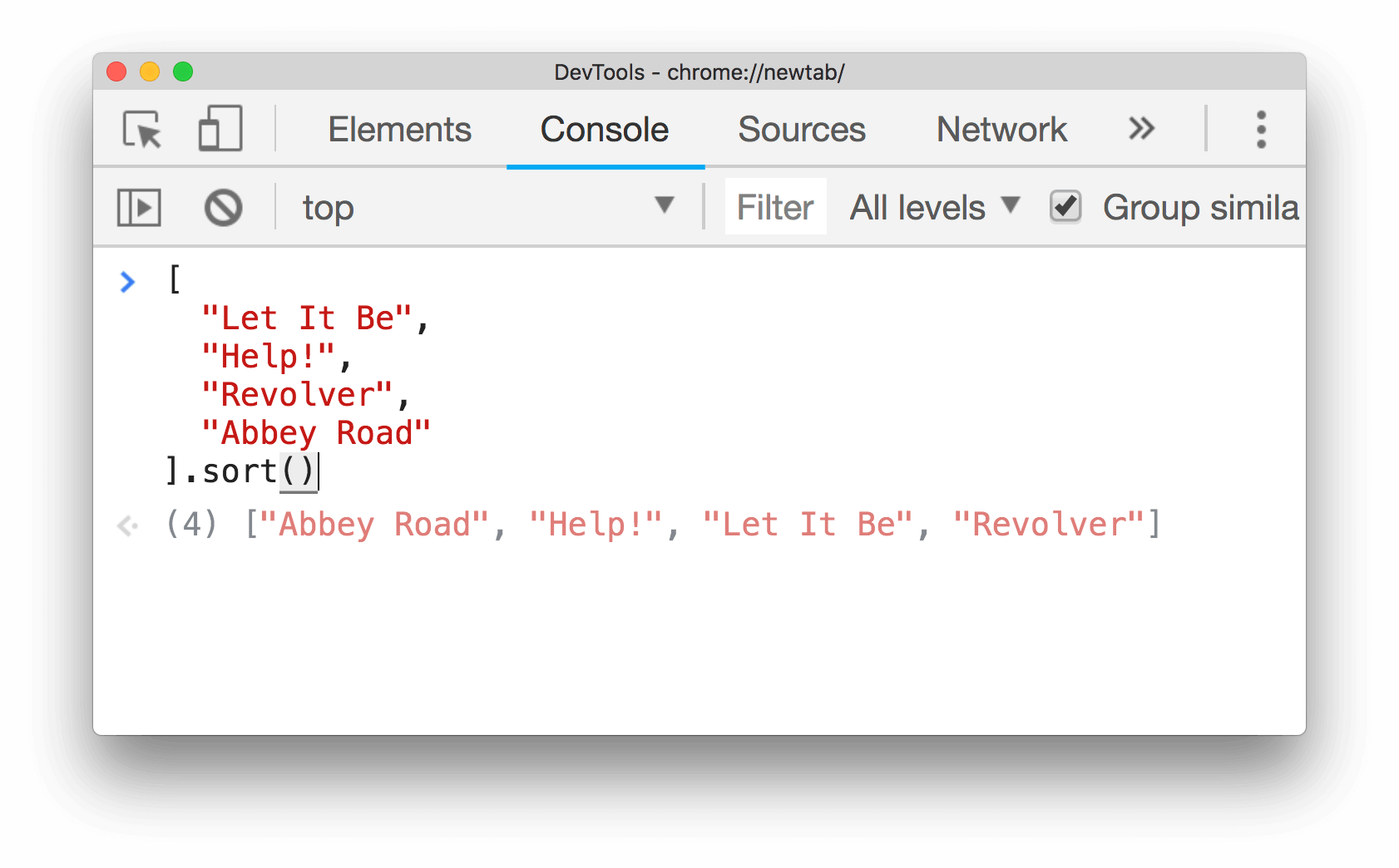 Figure 1. The Console is printing the result of the sort() operation before it has been explicitly executed

DevTools does not eager evaluate if the expression causes side effects.

As you're typing out functions, the Console now shows you the arguments that the function expects. 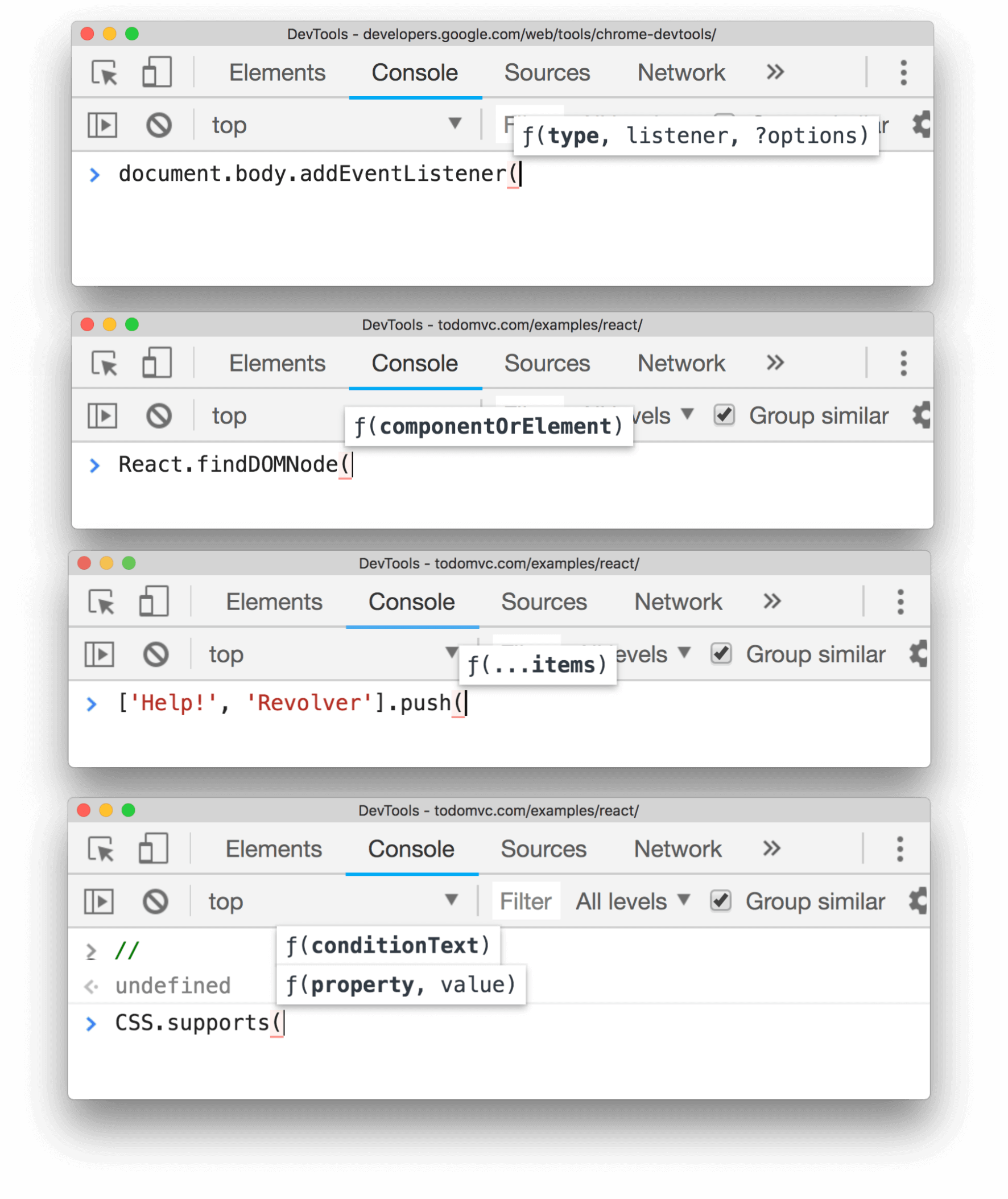 Figure 2. Various examples of argument hints in the Console

Note: This feature depends on Eager Evaluation, which needs to be enabled from Console Settings

After enabling Eager Evaluation, the Console now also shows you which properties and functions are available after you type out a function. 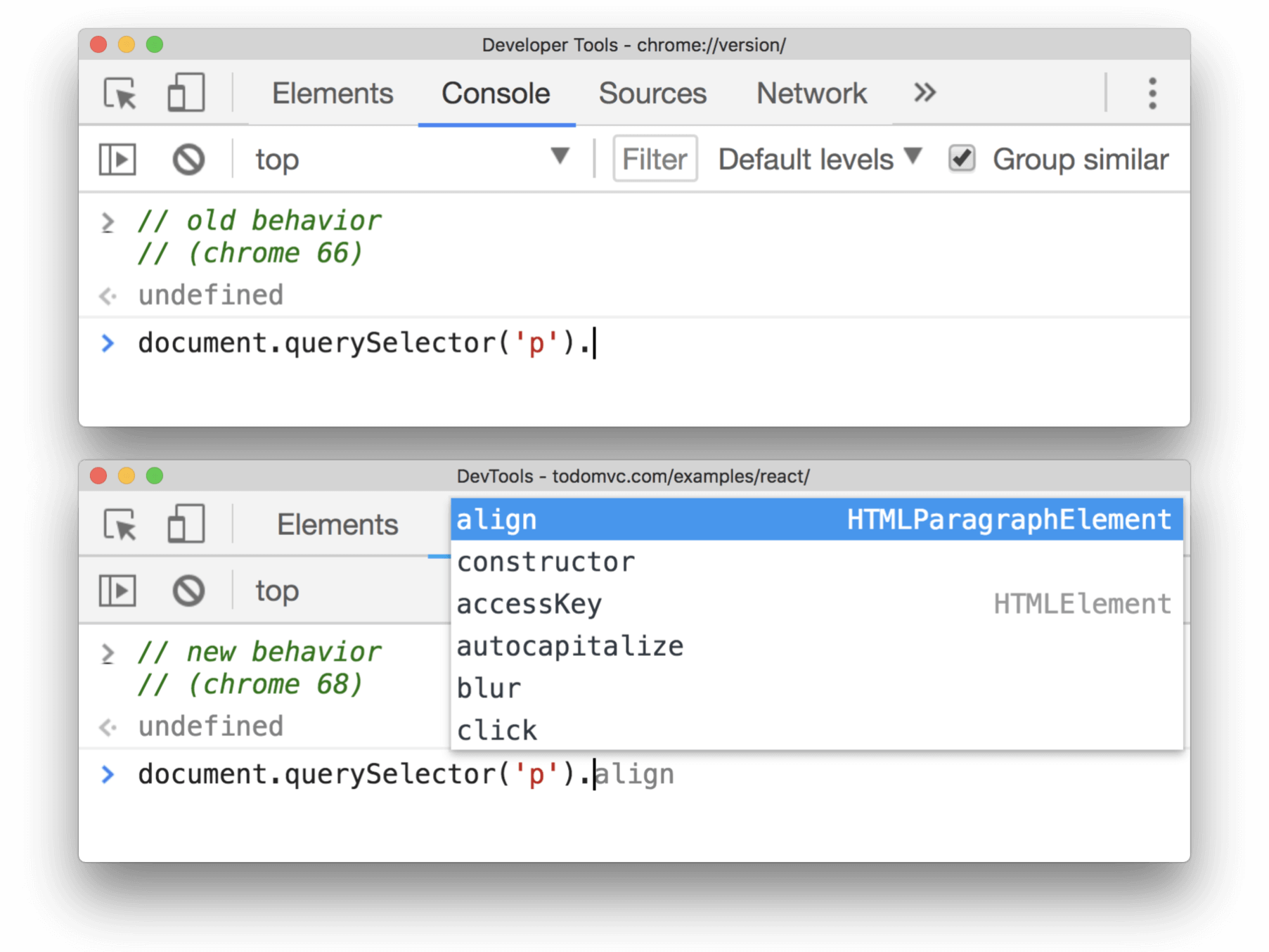 ES2017 keywords, such as await, are now available in the Console's autocomplete UI. 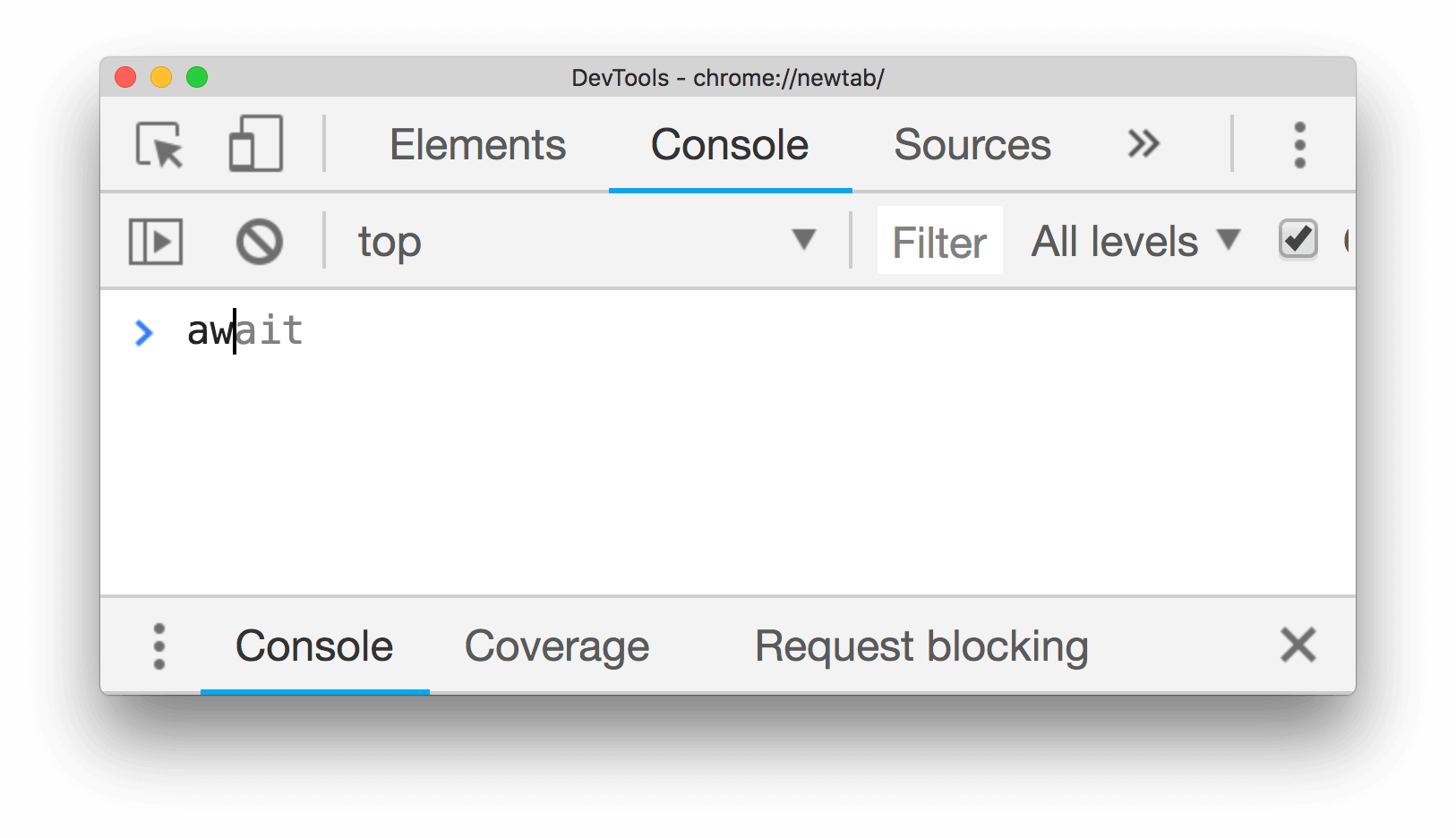 Figure 4. The Console now suggests await in its autocomplete UI

Chrome 68 ships with Lighthouse 3.0. The next sections are a roundup of some of the biggest changes. See Announcing Lighthouse 3.0 for the full story.

Lighthouse 3.0 has a new internal auditing engine, codenamed Lantern, which completes your audits faster, and with less variance between runs.

Lighthouse 3.0 also brings a new UI, thanks to a collaboration between the Lighthouse and Chrome UX (Research & Design) teams. 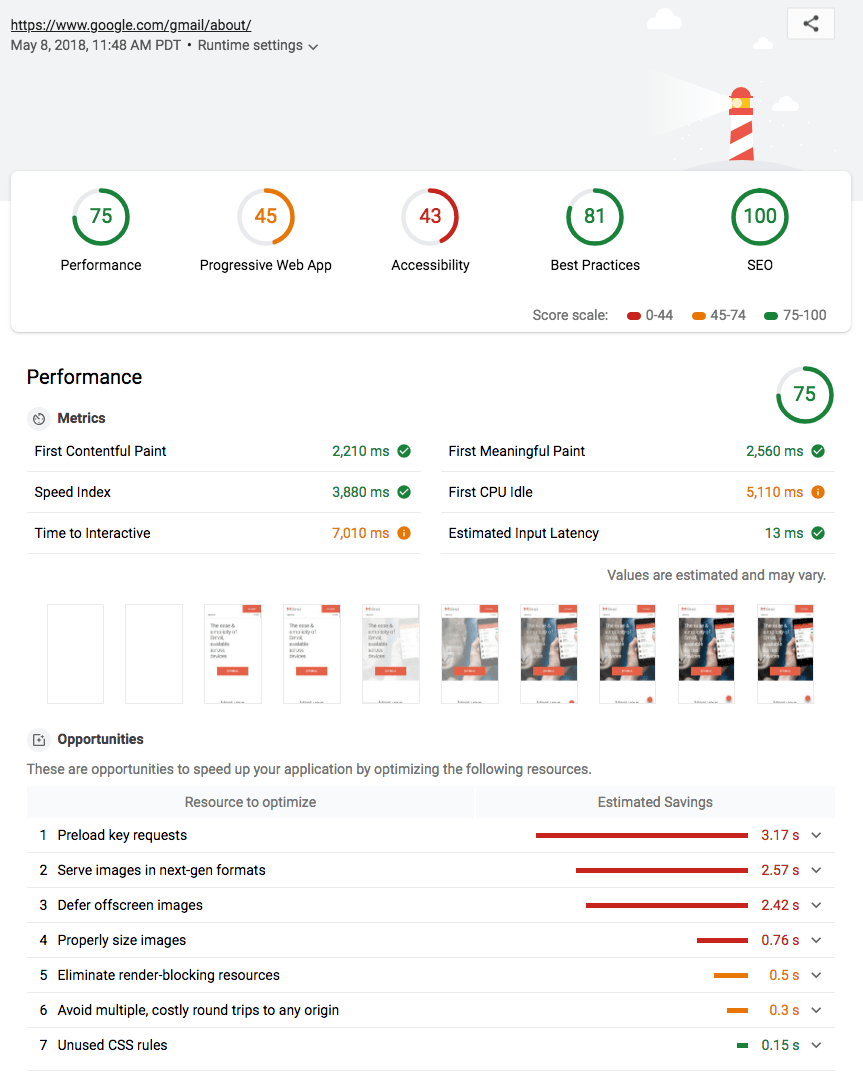 Note: This isn't a DevTools features per se, but it is a new JavaScript capability that you can try out in the Console.

Chrome 68 supports a new numeric primitive called BigInt. BigInt lets you represent integers with arbitrary precision. Try it out in the Console: 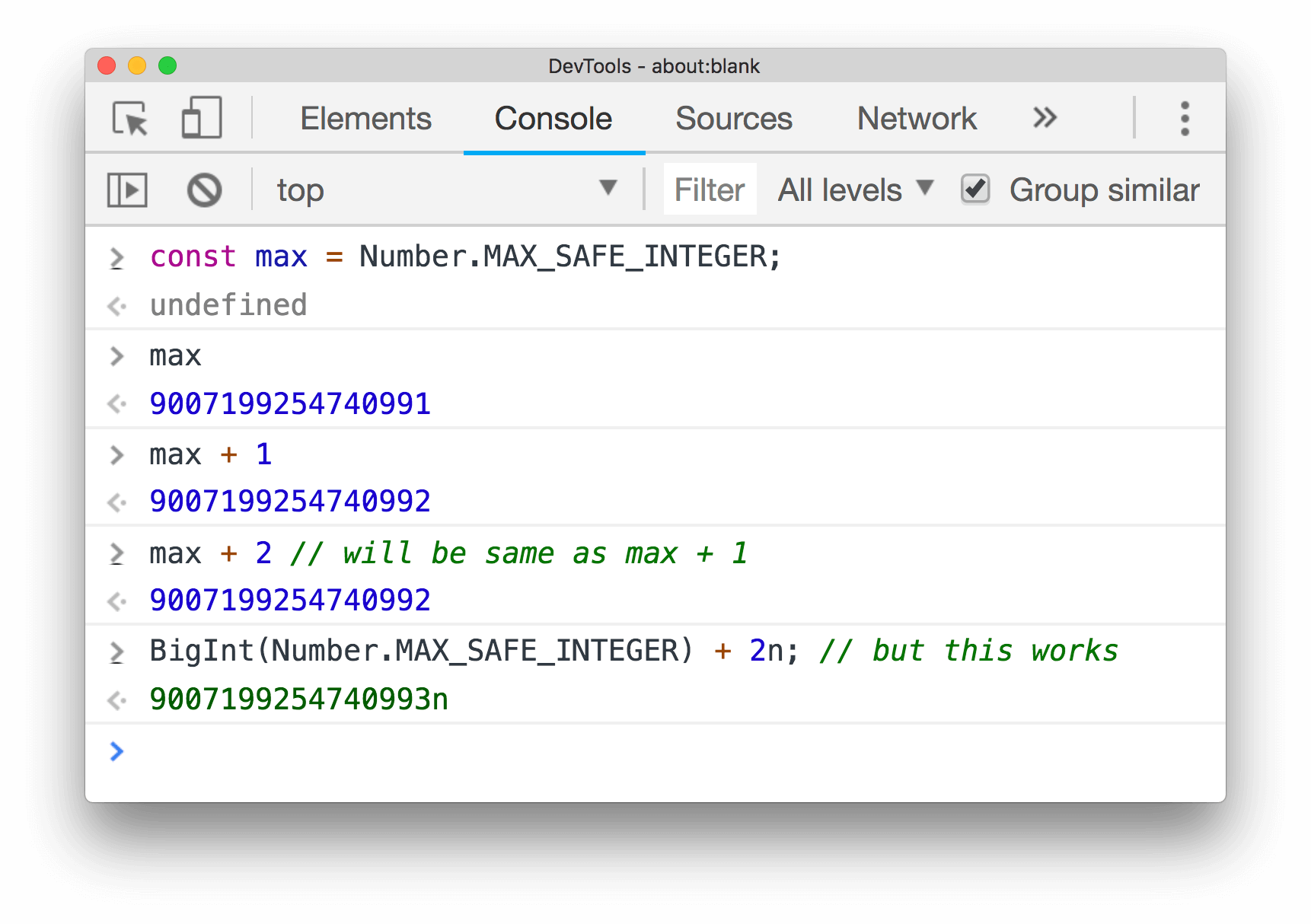 Figure 6. An example of BigInt in the Console

While paused on a breakpoint, right-click a property in the Scope pane and select Add property path to watch to add that property to the Watch pane. 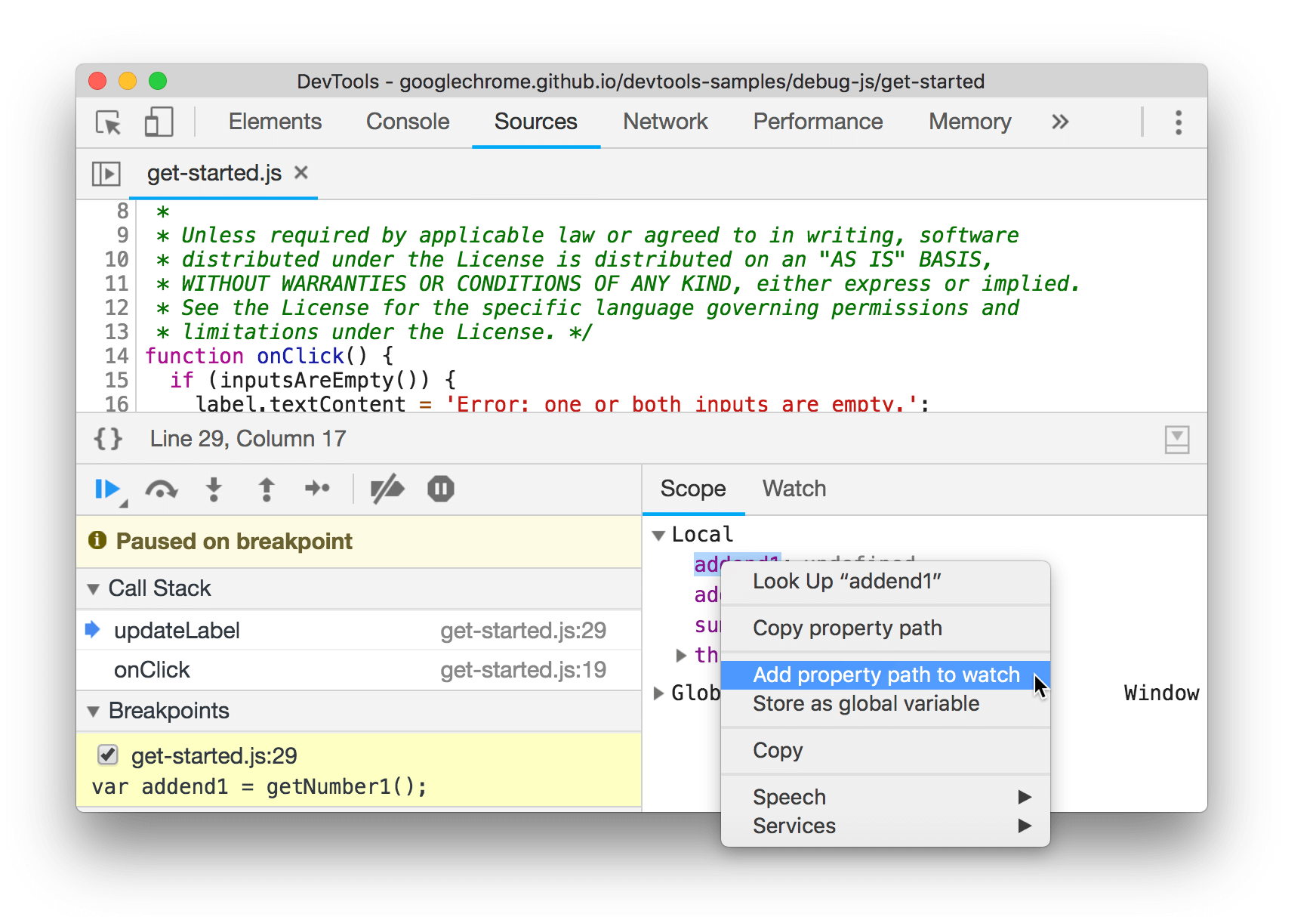 Figure 7. An example of Add property path to watch

has moved to Settings.