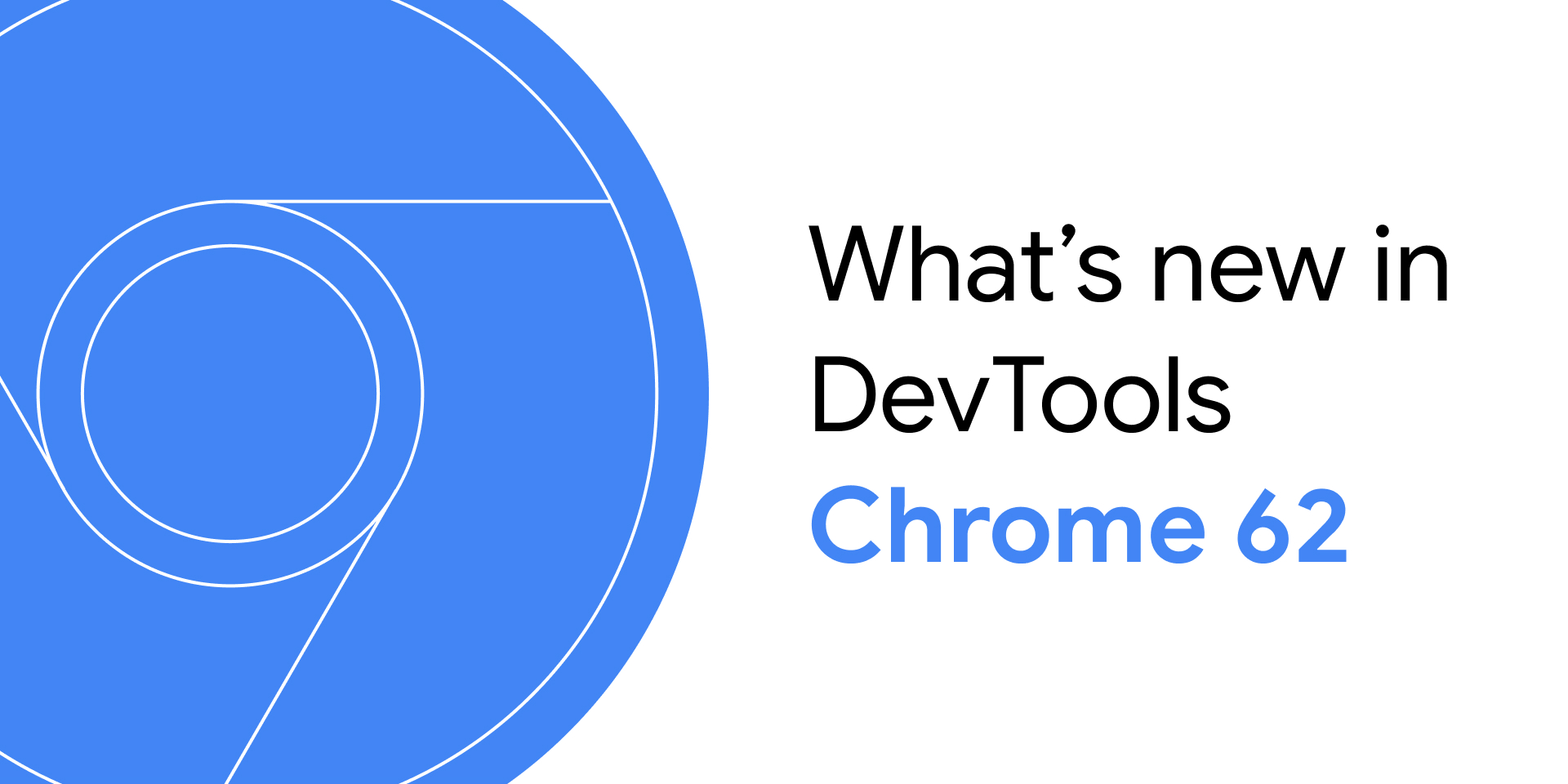 New features and changes coming to DevTools in Chrome 62:

Note: You can check what version of Chrome you're running at chrome://version. Chrome auto-updates to a new major version about every 6 weeks.

# Top-level await operators in the Console 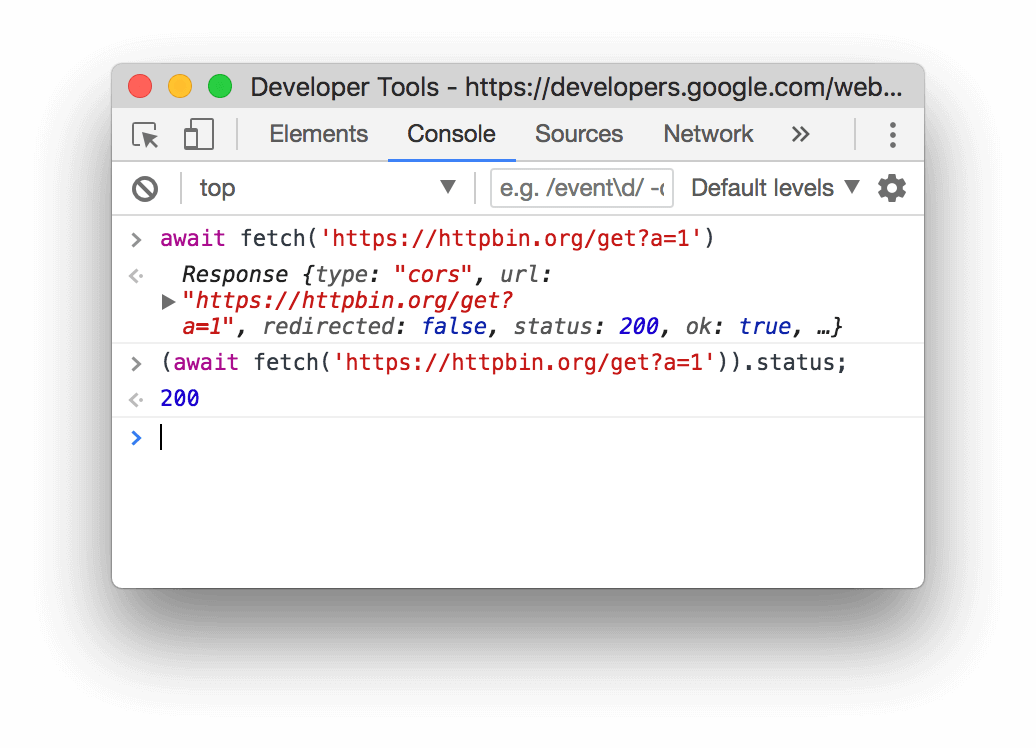 You can now take a screenshot of a portion of the viewport, or of a specific HTML node.

# Screenshots of a portion of the viewport

To take a screenshot of a portion of your viewport: 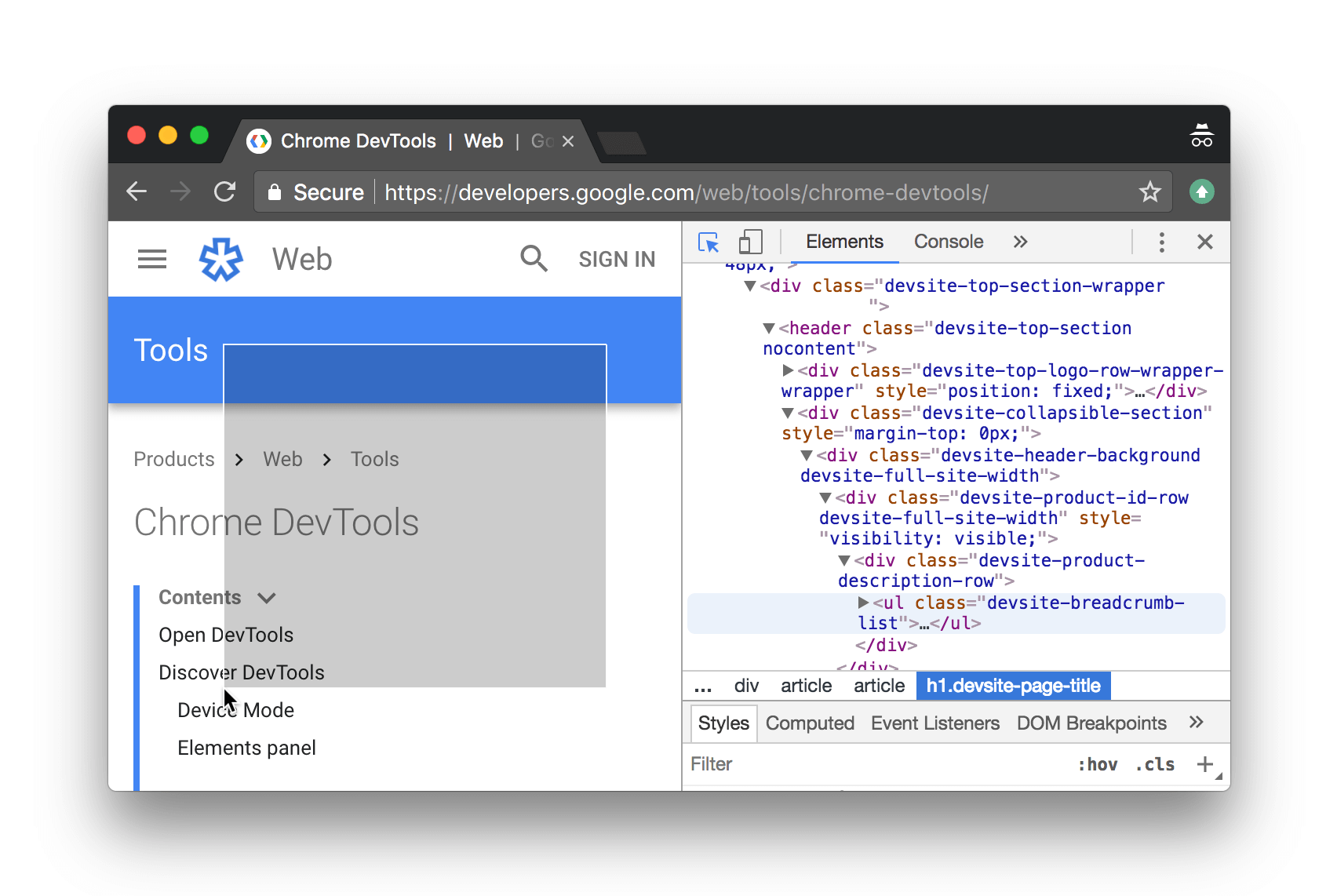 Figure 2. Taking a screenshot of a portion of the viewport

To take a screenshot of a specific HTML node:

To view the CSS Grid that's affecting an element, hover over an element in the DOM Tree of the Elements panel. A dashed border appears around each of the grid items. This only works when the selected item, or the parent of the selected item, has display:grid applied to it. 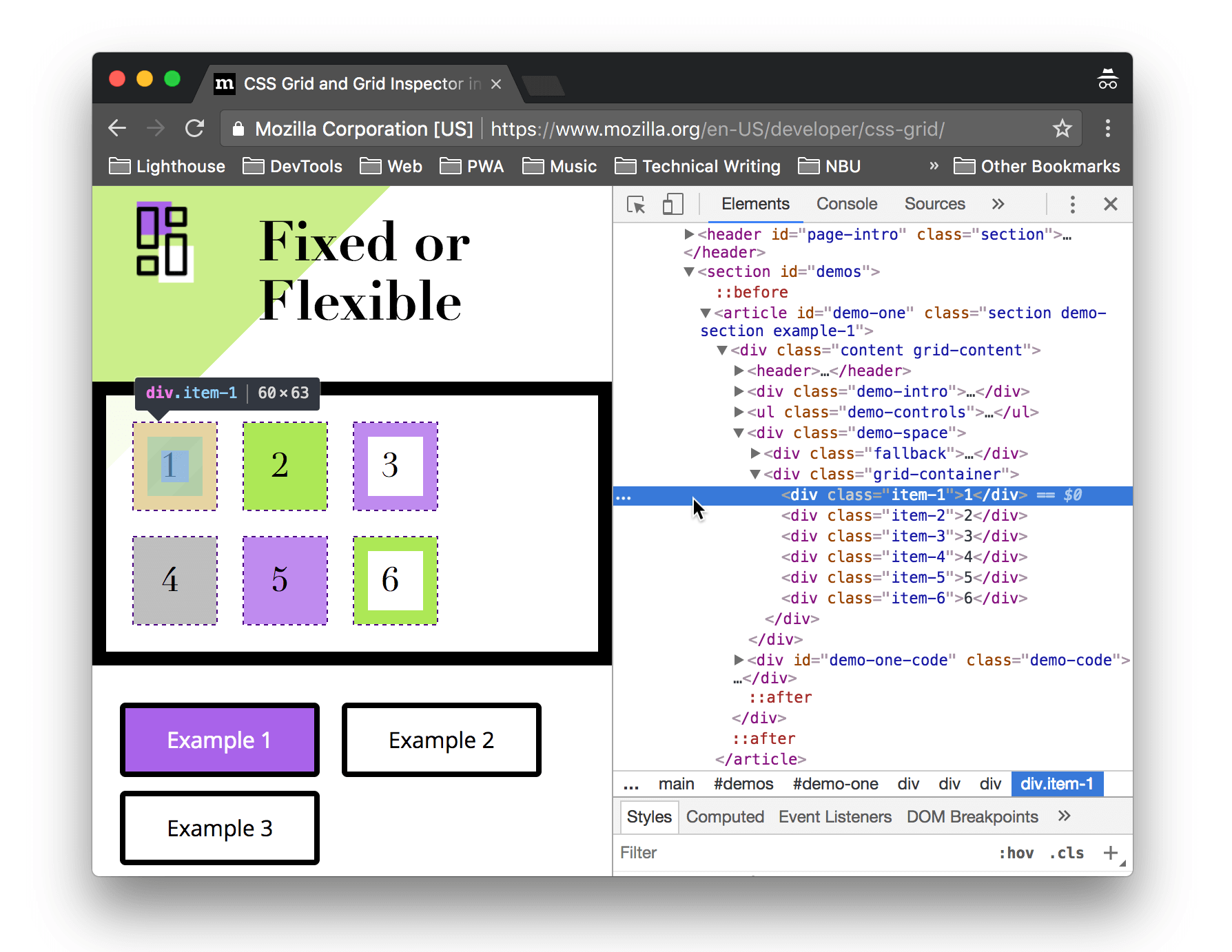 Check out the video below to learn the basics of CSS Grid in less than 2 minutes.

Call queryObjects(Constructor) from the Console to return an array of objects that were created with the specified constructor. For example:

Type -<text> in the Filter box to filter out any Console message that includes <text>.

Figure 6. The first statement logs one, two, three, and four to the Console. two is hidden because -two is entered in the Filter box

DevTools filters out a message if <text> is found:

The negative filter also works with regular expressions such as -/[4-5]*ms/.

Type url:<text> in the Filter box to only show messages that originated from a script whose URL includes <text>.

The filter uses fuzzy matching. If <text> appears anywhere in the URL, then DevTools shows the message.

Figure 7. Using URL filtering to only display messages that originate from scripts whose URL includes hymn. By hovering over the script name, you can see that the host name includes this text

# HAR imports in the Network panel

Drag and drop a HAR file into the Network panel to import it. 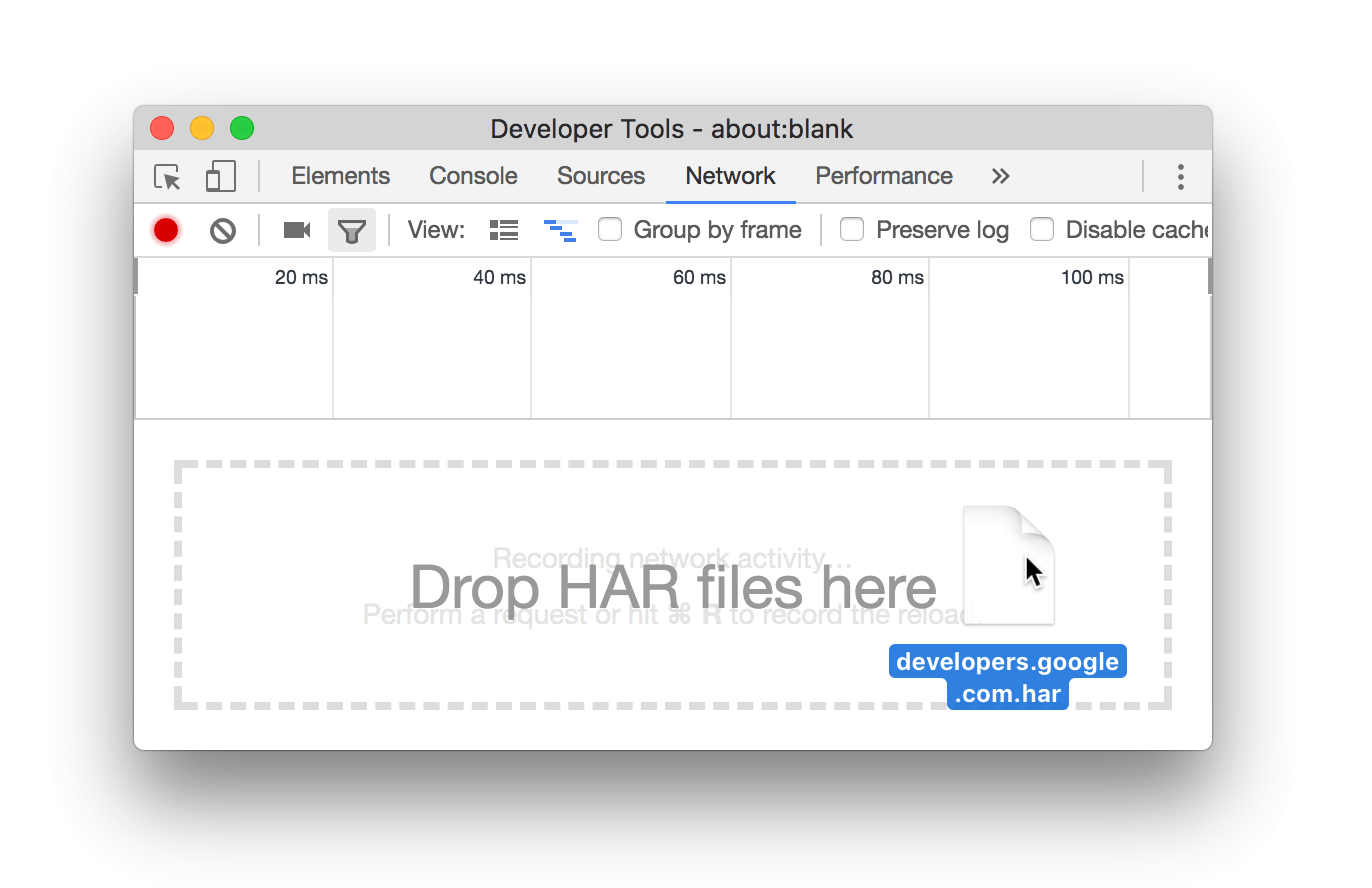 Note: To export a HAR file, right-click a request and select Save As HAR With Content. All requests that DevTools has recorded are saved to the file. If you've got any filters enabled, those are ignored.

Click a row in a Cache Storage table to see a preview of that resource below the table. 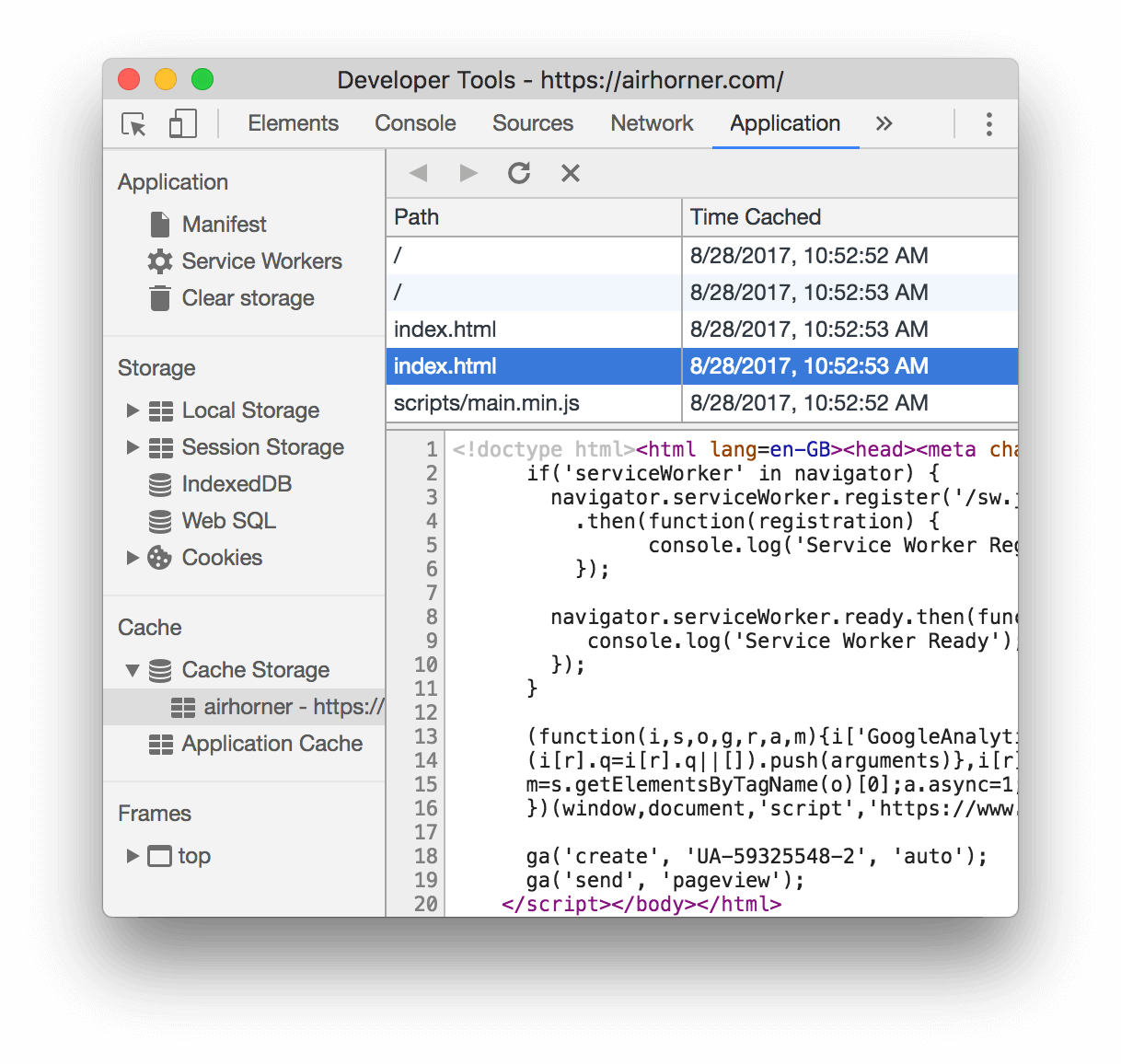 In Chrome 61 and earlier, debugging caches created with the Cache API is... rough. For example, when a page creates a new cache, you have to manually refresh the page or DevTools in order to see the new cache.

In Chrome 62, the Cache Storage tab now updates in real-time whenever you create, update, or delete a cache or a resource. Watch the video below for an example.

See the Cache Storage Demo to try it out yourself.

In Chrome 61 and earlier, the Coverage tab marks all of the code within a function as used, so long as the function is called. 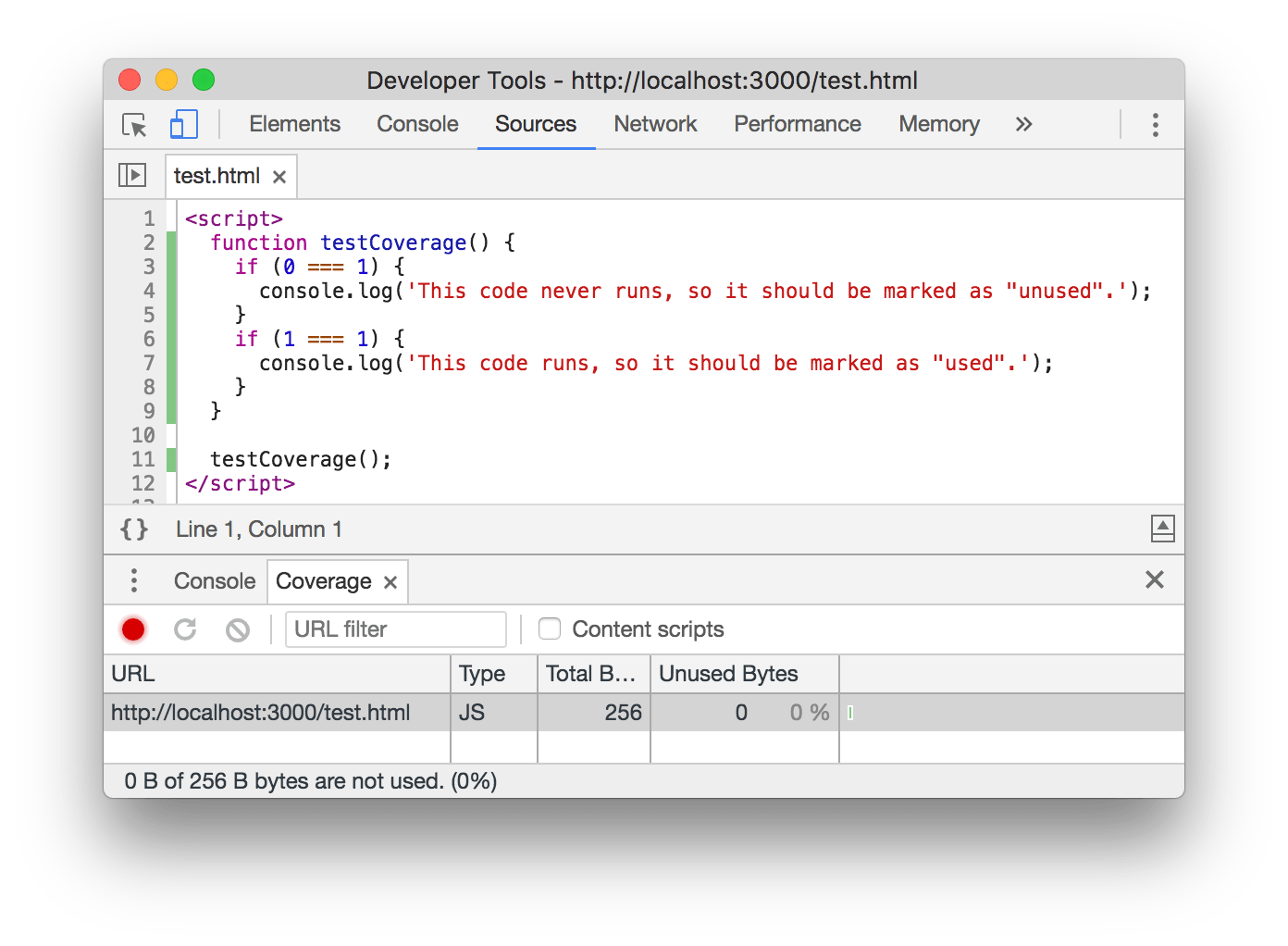 Figure 10. An example of the Coverage tab in Chrome 61. Line 4 is marked used, even though it never executes

Starting in Chrome 62, the Coverage tab now tells you which code within a function is called. 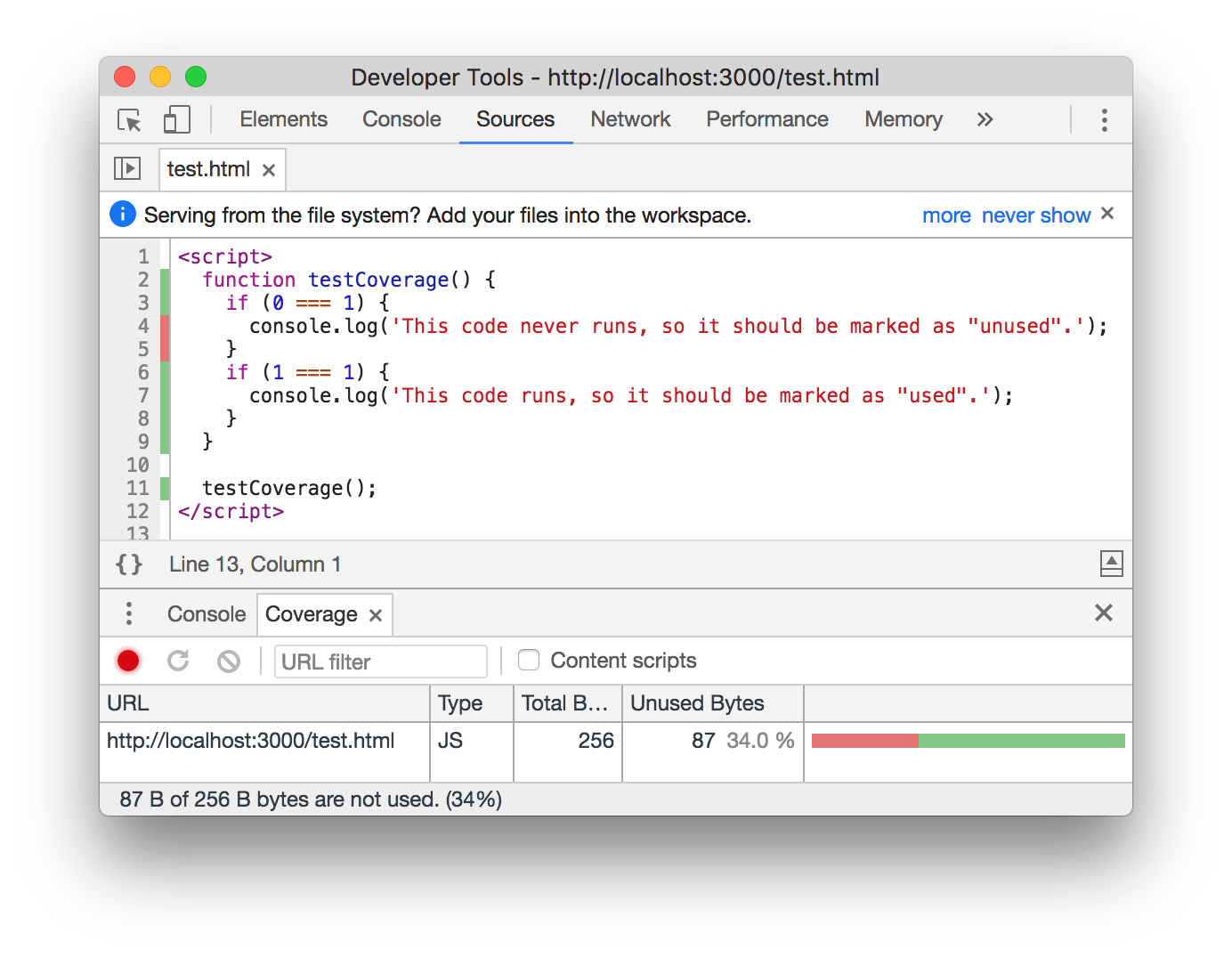 Figure 11. An example of the Coverage tab in Chrome 62. Line 4 is marked unused